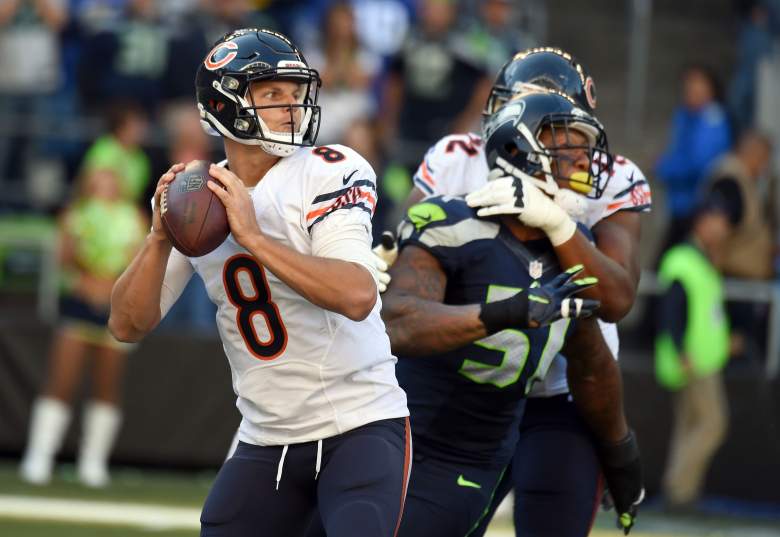 Jimmy Clausen struggled mightily against the Seahawks, throwing for 63 yards.

The Oakland and Chicago Bears will face off in a Week 4 matchup at Soldier Field on Sunday.

The Bears (0-3) are sinking fast, and it may be too late to save their season. With starting quarterback Jay Cutler on the shelf and the defense a complete mess, most Bears fans and writers have begun scouting the possible No. 1 overall draft selections.

The Bears haven’t won fewer than four games in a non-strike season since 1973. Is that in play this year?

Led by an exciting young core at the skill positions — quarterback Derek Carr, running back Latavius Murray and wide receiver Amare Cooper — the Raiders (2-1) are hopeful to end the second-longest playoff drought in the NFL.

The Bears are 2-6 against the spread in their last eight games.

The Bears are 4-1-1 against the spread in the last six meetings between the two teams.

The Raiders are 5-20 in their last games.

The total has gone under in four of the Bears’ last six games.

The total has gone over in five of the Raiders’ last six games on the road.