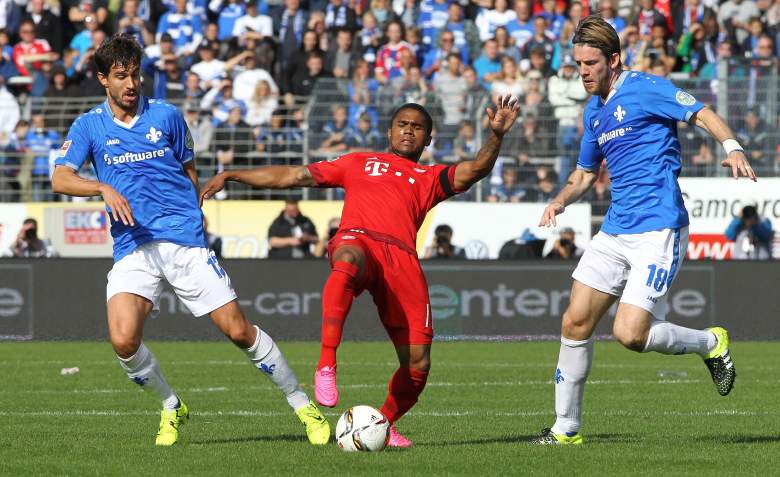 Douglas Costa (C) has settled in quite well with Bayern Munich. (Getty)

Bayern Munich remain the team to beat in the Bundesliga after crushing the competition thus far. Winning all five matches, Pep Guardiola’s team has scored 18 and conceded two. Though Dortmund is also a perfect five-for-five, Bayern are overwhelming favorites to claim another title.

Last season’s surprise club Wolfsburg are in third place in the standings with three wins and two draws. Defense has led the charge as they’ve only allowed two goals, but finishing in the Champions League places for a second straight year will be a tough ask with the departure of Kevin de Bruyne to Manchester City.

Its been positive so far, though, as Wolfsburg began their Champions League campaign with a win.

The match kicks off at 2 p.m. EST and can be seen on Fox Sports 1 (US), BT Sport 2 (UK), Sky Bundesliga Sport (Germany). For more information, click here.

Here’s how to watch the match online and on mobile:

How to Watch Bayern Munich vs. Wolfsburg Online 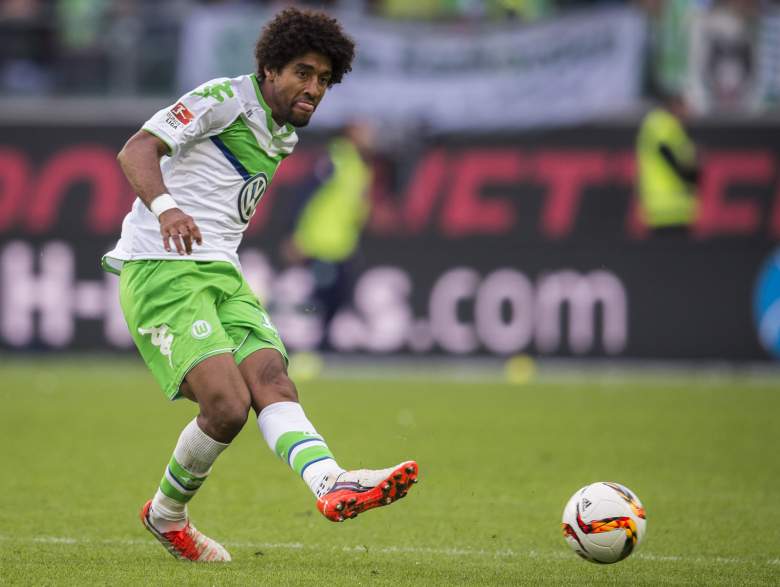 Dante made the switch from Bayern Munich to Wolfsburg over the summer. (Getty)

In Germany, if you have access to a Sky subscription, you can watch the match on Sky Go Deutschland.

How to Watch Bayern Munich vs. Wolfsburg On Mobile

If you don’t have Fox Sports in your cable packages, you can purchase a service called Fox Soccer 2Go, which shows Bundesliga matches on mobile. There is currently a seven-day preview offer available.

For UK viewers, if you area BT subscriber, you can download the BT Sport app from the Apple Store or the Google Play Store.

In Germany, if you have access to a Sky subscription, you can download the Sky GO app from the Apple Store or Google Play Store.

Read More
Soccer
Find out how to watch the Bundesliga showdown between Bayern and Wolfburg online and on mobile devices.