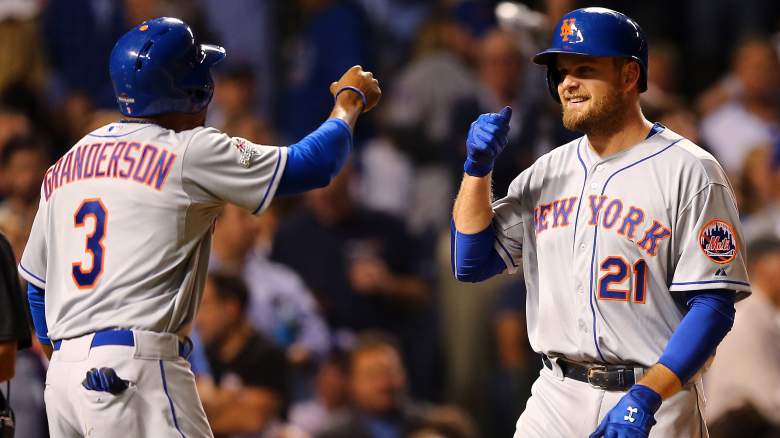 Once again, it didn’t take the New York Mets long to get on the scoreboard. The previously struggling Lucas Duda got it started with a three-run homer to dead center off Jason Hammel, giving him his first extra-base hit since September 29:

A 3 run homer by Lucas Duda to start the game. https://t.co/842xaviMQt

Not to be out-done, Travis d’Arnaud followed it up with an opposite-field shot, making it 4-0 before the Cubs could even step up to the plate:

Just like that, Wrigley Field was silenced. The Mets ended up batting around the entire order, but Hammel was able to escape with “only” giving up four runs.

With Chicago facing elimination, though, the righty starter was replaced by Travis Wood with just one out in the second inning. That’s an unfortunate turn for a guy who was one strike away from getting out of the first frame unscathed.