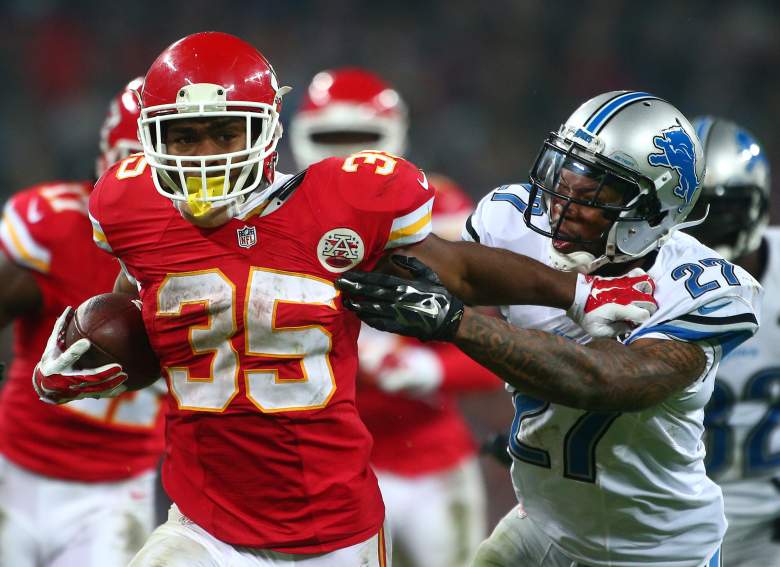 Kansas City Chiefs running back Charcandrick West left the game against the Chargers in the second half with a hamstring injury. He was listed as questionable and did not return to the game.

Head coach Andy Reid said after the game that West is day-to-day with a hamstring injury.

Charcandrick West is day-to-day with a hamstring.

Reid credits GM John Dorsey and his staff for bringing in RB Spencer Ware. Happy he got a chance to show what he could do today.

Spencer Ware received the carries for the Chiefs after West left the game and was quite impressive. Knile Davis, the running back many expected to be next in line, was a healthy scratch against the Chargers.

Ware had 11 carries for 96 yards and two touchdowns after West was injured.

If West is forced to miss some time, Ware would be a must add in all leagues given the scarcity of fantasy running backs. It is also worth monitoring if Davis gets a longer look.

Ware looked good in limited action. He broke free with a 52-yard yard run in the fourth quarter and scored a short yardage touchdown on the same possession. Expect Ware to be a popular add this week on fantasy waiver wires.

Charcandrick West on the sideline? Spencer Ware's got this. Watch him unleash for a 52-yard scamper. #KCvsSD https://t.co/HOW9TPkGon

Ware was originally drafted by the Seattle Seahawks out of LSU in 2013. Prior to the Week 11 game against the Chargers, he had a total of six carries in three games during the 2015 season.

Here is a look at Ware at LSU:

Ware offers a physical running style that can be seen in this play below:

Here is a nice overview of Ware as a player:

Spencer Ware goes up to 11 carries for 92 yards and two scores in relief of Charcandrick West.

And of course Spencer Ware is going nuts for KC. SIgh …

All of my Charcandrick West fantasy points going to Spencer Ware.