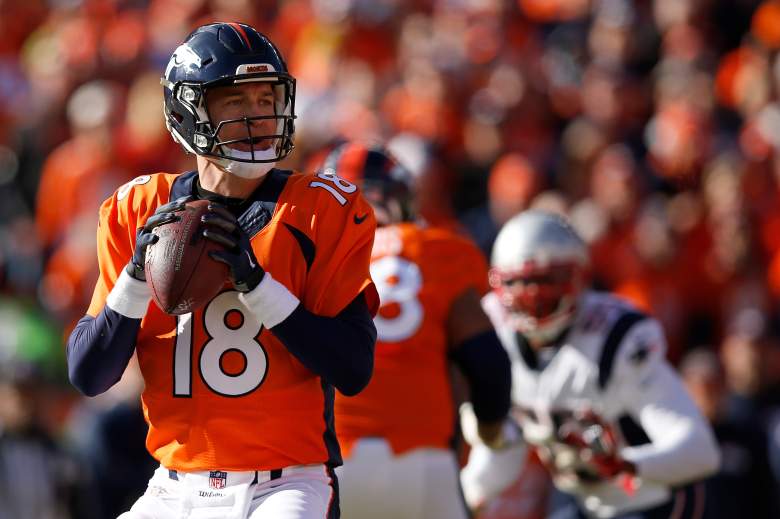 The Carolina Panthers are early favorites in the Super Bowl 50 matchup against the Denver Broncos.

Early in the first quarter of the Panthers-Cardinals game, Vegas had the Panthers as 3.5 point favorites over the Broncos.

Open for betting: #Panthers -3.5 vs. #Broncos (via BetOnline.ag) #SuperBowl50

By halftime of the NFC championship, the line had already moved towards the Panthers as four-point favorites in the potential Super Bowl matchup.

Update: #Panthers bet up to -4 over #Broncos #SuperBowl50

During the fourth quarter of the NFC Championship Game, Westgate’s Jeff Sherman posted a line that favored the Panthers by 5.5 points.

The line fluctuated throughout the Panthers-Cardinals game. OddsShark has the Panthers as 4.5 point favorites.

The game features two quarterbacks with vastly different styles. Cam Newton poses difficulties for defenses both through the air and by offering a threat to run the ball.

Peyton Manning is a traditional pocket passer. Manning had a difficult start to the season, but has looked much improved since returning to the Broncos from injury.

Denver has enjoyed the success it has had this season in large part due to its defense. Defensive coordinator Wade Philips has built an imposing pass rush and secondary. The Broncos were able to force Brady into throwing three interceptions.

Newton poses a different threat with his ability to move outside the pocket. It will prove to be a very intriguing Super Bowl matchup.

Click here for a Super Bowl 50 preview and prediction against the spread.