For the Titans and Colts, 2015 was a year to forget. Still, with either Ryan Lindley or Josh Freeman at the helm, the Colts have a lottery winner’s chance at the AFC South title with a win over the Titans. Both of these teams are in a very unique position in the offseason. They are two of the few teams that possess franchise quarterbacks, and also could be seeking a new head coach.

Here’s everything you need to know about the final regular season game:

TV Channel: The game is being locally broadcast on FOX. Click here to see if you fall within the coverage zone.

Game Preview:  Only a year removed from the AFC Championship game, look how far the Colts have fallen. Chuck Pagano is all but fired, after taking the team from worst record in the NFL to the playoffs all while fighting leukemia. Andrew Luck has spent the final two months of the season on the sidelines, and that was following a less-than stellar start to his fourth NFL season. On top of all that, reports are leaking that GM Ryan Grigson is meddling with the lineup, and that his influence over team decisions has affected Pagano’s ability to lead the Colts.

This week in practice, the Colts had SIX quarterbacks practicing. In a scene fitting only for preseason, Charlie Whitehurst and Matt Hasselbeck observed as four different players took reps. Whoever lines up under center has to deal with an underrated Titans pass rush, one that is tied for ninth in the NFL with 38 sacks.

It hasn’t been pretty for the Titans, who are long removed from their impressive 42-28 victory over Tampa in Week One. Tennessee is 3-12 and in line for a top-five draft pick, but will also have to search for a new head coach this spring. Ken Whisenhunt was fired by the Titans after a 1-6 start, and Mike Mularkey has done little to improve their situation on an interim basis. 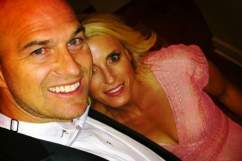