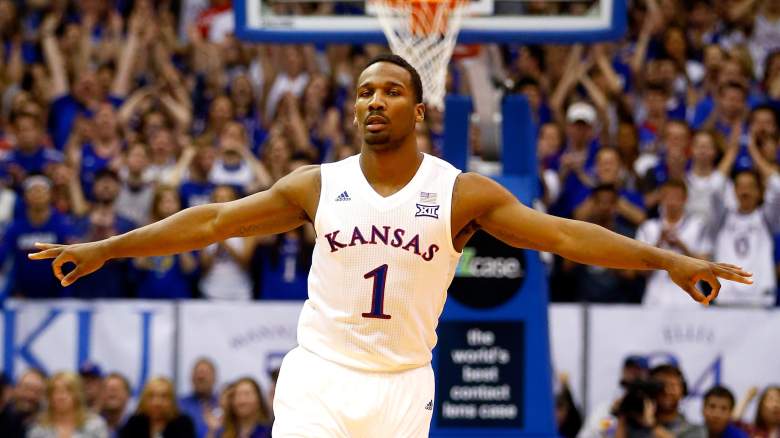 Ho-hum, just another year in the Big 12 with a target on Kansas’ back. (Getty)

Another year, another Big 12 regular season title for Bill Self and the Kansas Jayhawks.

Outside of a rough stretch in mid-January, No. 1 Kansas dominated much of the season, going 27-4 overall, 15-3 in conference and establishing themselves as many pundits’ favorite to cut down the nets in Houston.

But first, the Big 12 tournament will give the Jayhawks about as good of a warmup as possible.

Despite only having 10 teams in the conference, the Big 12 features three squads in Ken Pomeroy’s top seven and seven teams projected to make the Big Dance. There’s a variety of different styles, too, from West Virginia’s press to Iowa State’s fast-paced, dangerous offensive attack to Baylor and Texas’ super slow tempo.

To give you an idea of the Big 12’s deep talent level, Oklahoma and Iowa State, two teams that have hovered around the Top 10 nationally for much of the season, will play each other in the quarterfinals. In other words, it’s going to be a scintillating four days in Kansas City.

Play starts Wednesday, and we’ll keep you updated with all the results and matchups right here: 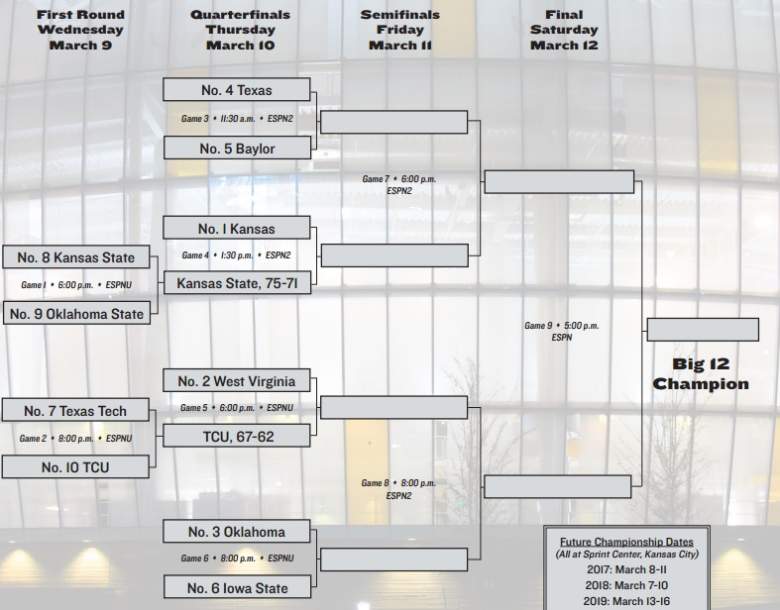 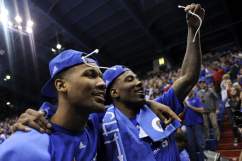 Read More
Basketball, NBA
With three Top-10 and six Top-25 teams, the Big 12 has a strong claim to the country's best overall conference. Either way, the tournament will be must-watch TV