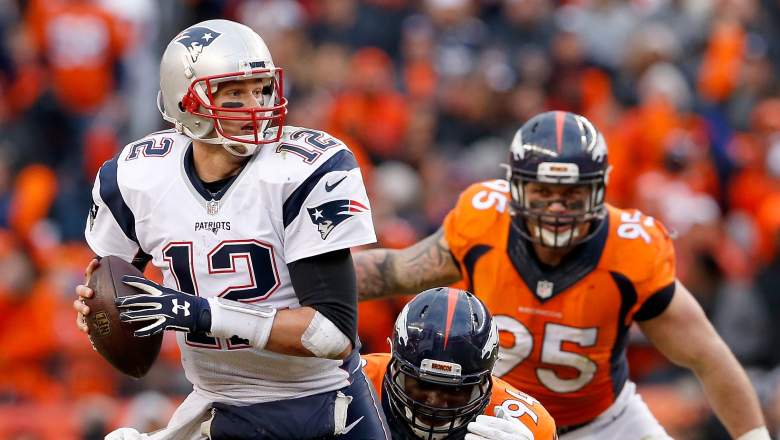 Tom Brady and the Patriots 2015 season ended in Denver in the AFC Championship Game. (Getty)

2015 was a typical season for the New England Patriots.

Another AFC East title and another deep run into the playoffs. But Tom Brady and Co. fell victim to the Denver Broncos, who eventually won the Super Bowl.

While Bill Belichick’s Pats haven’t shown any signs of slowing down, the 2016 schedule isn’t an easy one. The Patriots play six playoff teams from 2015, including a rematch with the Peyton Manning-less Broncos, Seahawks and Cardinals.

Best of the 2015-2016 New England Patriots | Season Highlights(All rights go to The New England Patriots, NFL Films, The National Football League & all its broadcasters. I do not own any of the music and the footage used in this video. No copyright infringement intended. I do not gain any profit from my videos. For entertainment and educational purposes only) This video uses…2016-02-02T15:37:00.000Z

(Note: The complete schedule with opponents, dates and times will be updated in this space when it becomes available, so check back soon.)