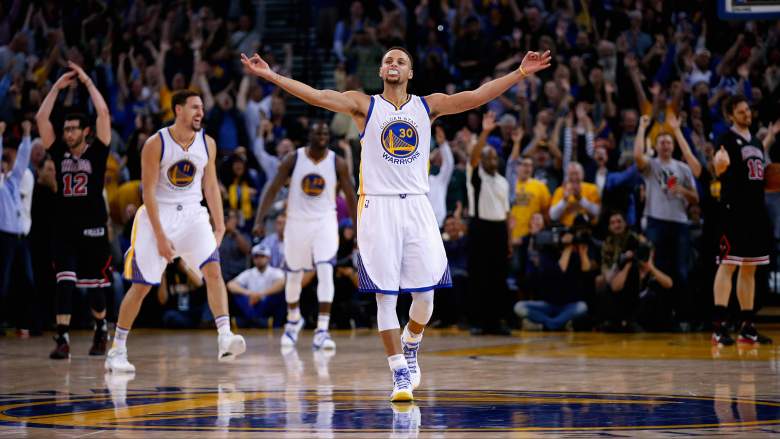 Steph Curry and the Warriors are on the brink of NBA history.(Getty)

One game away from setting the NBA regular-season wins record, the Golden State Warriors host the Memphis Grizzlies on Wednesday night.

Here’s everything you need to know to watch the final hurdle in the Dubs’ quest for 73:

Live Stream: Sling TV or WatchESPN. You can click here for a full rundown of live stream options

These two teams met last week, with a late tip-in from Draymond Green proving to be the game-winner in a 100-99 Dubs victory. The Grizzlies, playing with an array of injuries, did a good job defensively on Steph Curry and Klay Thompson, holding the Splash Bros to 14-of-38 shooting and just 5-of-24 from beyond the arc.

But don’t expect that to happen again.

Now on the road, where they sit at just 1-7 in their last eight, the Grizzlies are going to have to try to slow down an offensive attack that averages an NBA-best 114.3 points per 100 possessions at home. The chances of that happening, especially with the Warriors clearly locked in after their recent hiccups against the Celtics and Timberwolves, are extremely low.

In other words, the record is falling. 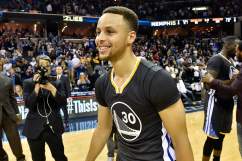 Grizzlies vs. Warriors Live Stream: How to Watch Online for Free