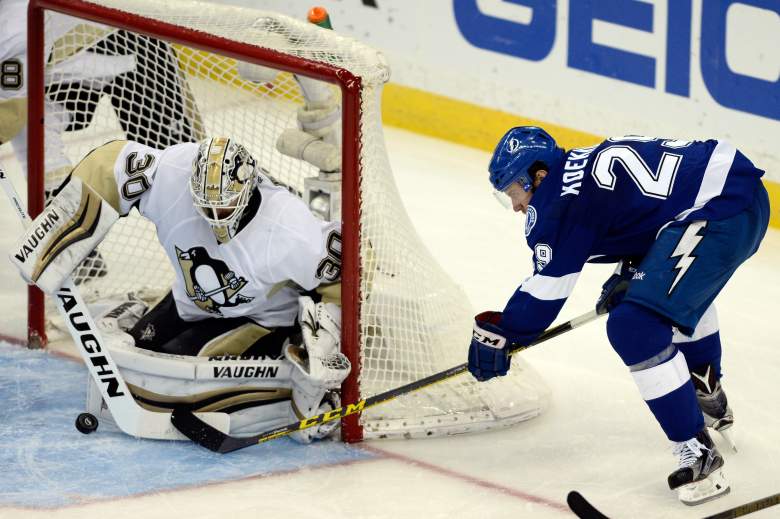 Matt Murray helped lead Pittsburgh to a win on Tuesday, but whoever wins tonight advances to the Finals. (Getty Images)

With their backs against the walls, the Pittsburgh Penguins came together and pulled off a convincing Game 6 win to help stay alive, now one win away from making the NHL Finals.

The Tampa Bay Lightning could have clinched a second straight trip to the Finals with a win. Now, it’s winner take all.

The Lightning must stop Penguins goalie Matt Murray, the rookie who has kept them in check thus far. Game 6 is in Tampa, airing at 8 p.m. Eastern on NBCSN in the U.S.

Phil Kessel added his fourth goal of the series in Game 6 for Pittsburgh, while Tampa’s Brian Boyle scored 2 goals of his own in the third period.

Read More
Hockey, NBC Sports Network, NHL
Kessel, Crosby, and Murray helped the Penguins stay alive Thursday, but there's one game left in the series. Find out where and when to watch here.