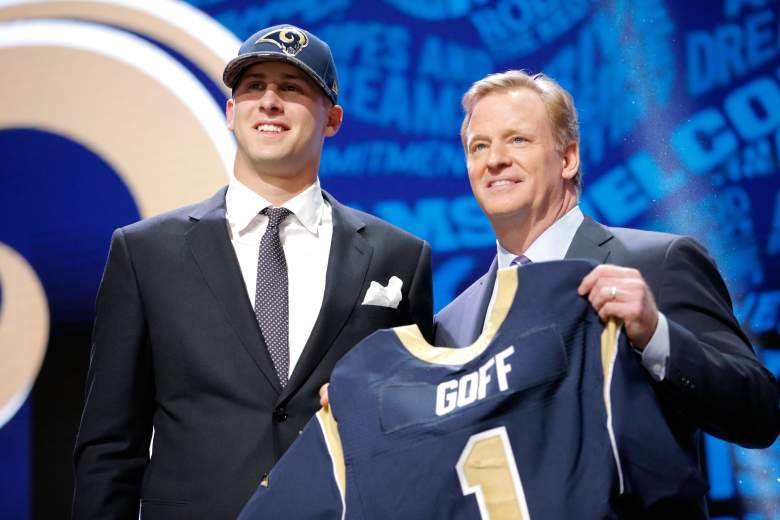 Jared Goff at the NFL Draft after being picked first overall. (Getty)

Jared Goff, the latest number one pick for the Los Angeles Rams, will be throwing out the first pitch tonight for the Dodgers as they open up a series at home against the Rockies. Goff had been previously announced as the first pitch, but now it’s been confirmed by beat writers on Twitter that Goff’s first pitch will be caught by none other than Yasiel Puig.

Those who know the history of these two may find this fairly amusing. For those who don’t know, in 2013 Goff tweeted out an unflattering tweet about his thoughts on Puig, at the time a rookie.

3 years later, in celebration of Goff being drafted #1, Puig finally responded to the tweet, and he did it in classic Puig fashion with a response that currently has 11,000 RTs and favs, and counting.

Fellow Dodgers Brett Anderson and Enrique Hernandez also got in on the fun, cluing Puig in on the tweet.

First pitch (not Goff’s) of the game is at 10:10. Tyler Chatwood starts for the Rockies, while Mike Bolsinger takes the mount for the Dodgers.