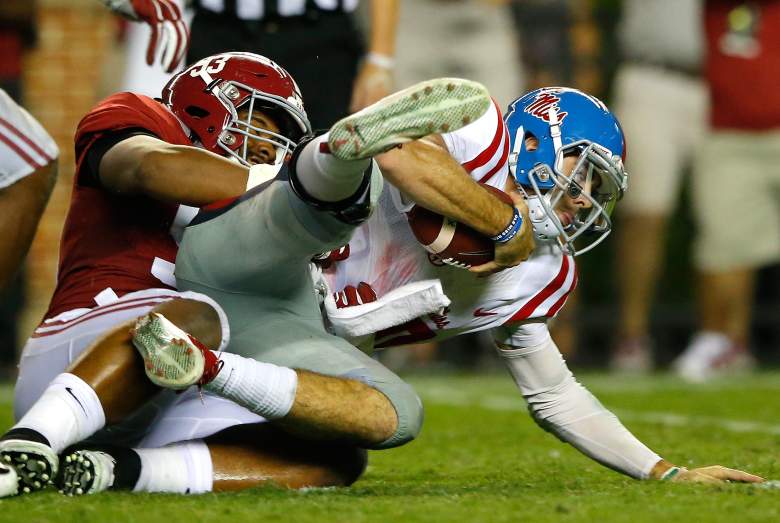 Alabama takes on Ole Miss this afternoon on CBS. (Getty)

1 Alabama takes on 19 Ole Miss this afternoon at 3:30 p.m. Eastern on CBS. It is the marquee SEC matchup of the day.

Line: Alabama by 11 (Odds courtesy of OddsShark and subject to change.)

Game Preview: Alabama looks to avenge two straight losses to Ole Miss. The Crimson Tide will be on the road in Oxford to take on Chad Kelly and the Rebels.

They have been one of the few teams in the last few years that have been able to knock off Alabama. This year, the Crimson Tide have a dynamic quarterback of their own in freshman Jalen Hurts. Hurts has had an impressive first two games, but the Ole Miss defense will be the toughest he has faced so far.

Alabama will need to put pressure on Kelly and force him into making mistakes. The Crimson Tide have enough talent on defense to make that happen but the question will be in the execution.

Read More
Alabama, College Football, Football, Ole Miss
Alabama travels to Oxford to take on Ole Miss. Find out when the game kicks off and what channel you can watch the game on today.