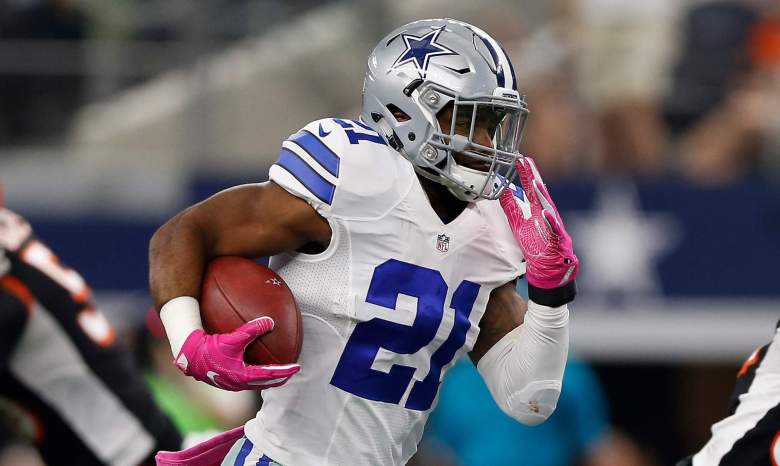 Rookies Dak Prescott and Ezekiel Elliott lead the Dallas Cowboys into Lambeau Field on Sunday for a showdown with the Green Bay Packers.

Kickoff is set for 4:25 p.m. Eastern and the game will be televised by FOX. Play-by-play announcer Thom Brennaman will be joined by analyst Troy Aikman on the call.

Elliott leads the NFL in rushing with 546 yards, while Prescott has yet to turn the ball over as the Cowboys quarterback. Dallas (4-1) has won 4 straight since losing the season-opener.

The Packers (3-1) are coming off a bye and own the league’s top-rated rush defense (42.8 yards per game and 2.0 yards per carry). Aaron Rodgers has thrown for 9 touchdowns, but is completing just 56 percent of his passes.

Here are the details for the Packers-Cowboys game: