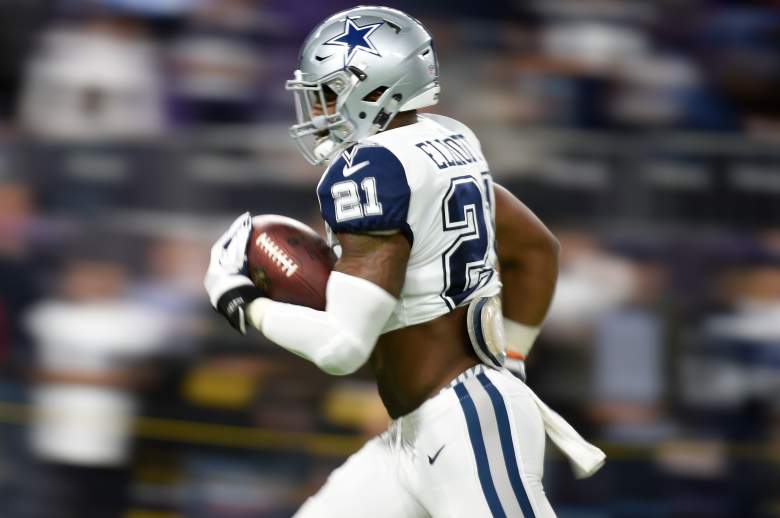 Ezekiel Elliott and the Cowboys take on the Giants tonight on NBC. (Getty)

The Dallas Cowboys look for revenge tonight in New Jersey as they take on the New York Giants on Sunday Night Football. The game starts at 8:30 p.m. Eastern on NBC.

Line: Cowboys by 3.5 (Line is according to OddsShark and subject to change.)

Game Preview: The Giants have the distinction of being the only team in the league to beat the Cowboys. A lot has changed since New York’s 20-19 victory in Week 1. Since then, Dallas has won 11 straight games.

With Jason Pierre-Paul out, the Giants defensive line is susceptible to the run. Look for Ezekiel Elliott to get a lot of touches tonight. A Cowboys win would clinch the division and perhaps more depending on the outcome of other games including the Seahawks.

New York had a winning streak of their own before losing last week to the Steelers. A Giants win keeps them in the chase for the division, but a loss will cost them not only the division but valuable playoff positioning. 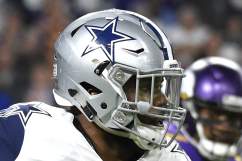 Read More
Dallas Cowboys, Football, new york giants, NFL
The Dallas Cowboys take on the New York Giants on Sunday Night Football. Find out what time the game starts and the channel you can watch the matchup.