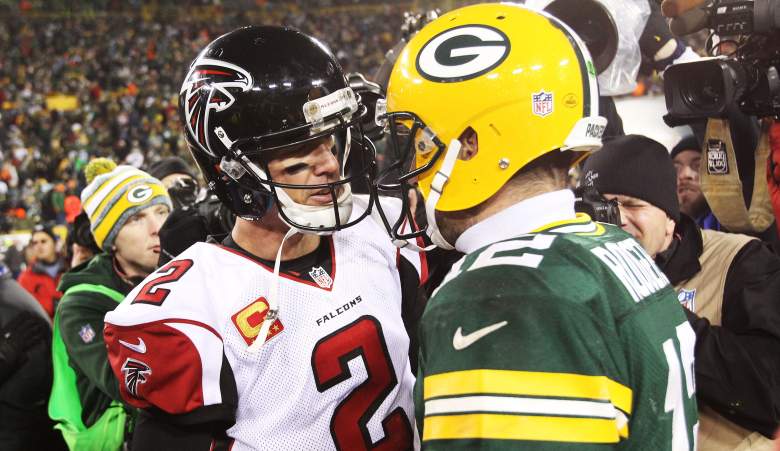 Quarterback play will not be issue Sunday when the Green Bay Packers visit the Atlanta Falcons in the 2017 NFC Championship Game.

Between Matt Ryan and Aaron Rodgers, the All-Pros have combined for nearly 200 career victories, 75,000 passing yards and 600 total touchdowns.

Rodgers was drafted in 2005, but didn’t become the Packers starter until 2008. Ryan was selected third overall in the 2008 Draft and has been the Falcons’ signal caller since. He’s missed only 2 games, back in 2009. Rodgers has been sidelined for 11 games.

Interestingly, each quarterback has played a total of 142 regular season games. Ryan has started all 142, Rodgers 135. Rodgers has had a bit more success in the regular season and playoffs overall, but Ryan does have winning seasons in 6 of 9 years.

Both QBs have been able to pile up the victories and numbers. But how do their respective careers stack up against each other? Keep reading to see some of the important stats, including career wins, touchdowns, interceptions and yards.

Preview of the NFC title game? Aaron Rodgers and Matt Ryan combined for seven touchdowns and zero picks in their clash back in Week 8.