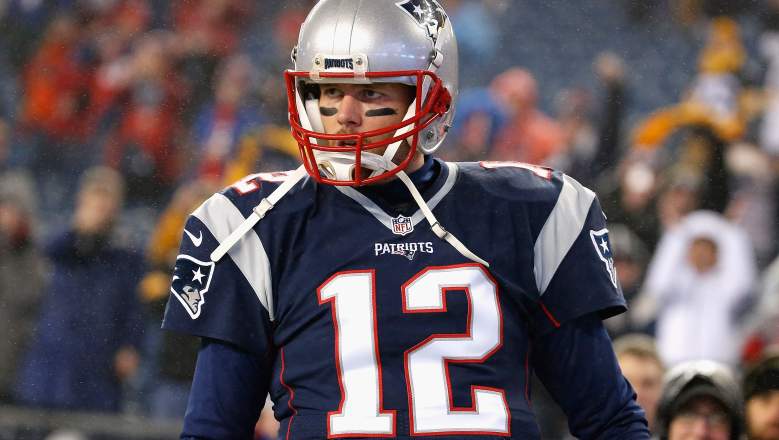 The Patriots will meet Trump at the Oval Office shortly after 1:00 p.m. ET, with the ceremony on the South Lawn scheduled for 2:30 p.m.

Brady issued a statement to ESPN, explaining why he won’t be on the South Lawn with his teammates today. The statement reads:

I am so happy and excited that our team is being honored at the White House today. Our team has accomplished something very special that we are all proud of and will be for years to come. Thank you to the President for hosting this honorary celebration and for supporting out team for as long as I can remember. In light of some recent developments, I am unable to attend today’s ceremony, as I am attending to some personal family matters. Hopefully, if we accomplish the goal of winning a championship in the future years, we will [be] back on the South Lawn again soon. Have a great day!

Brady also missed the White House ceremony to honor the Patriots’ Super Bowl XLIX victory during the Obama administration. Brady also said a family commitment kept him from visiting the White House that year as well. However, since Brady has known Trump since 2002 and once had a “Make America Great Again” hat in his locker, many expected him to be there.

In the days after the Patriots’ shocking win over the Atlanta Falcons in the first overtime game in Super Bowl history, Brady did begin opening up about his mother’s cancer battle. He told WEEI that his mother is “doing better.”

“The prognosis is good and she’s not quite through it, but hopefully there was some healing energy from last night. We love her so much,” Brady said.

Galynn Brady typically attended most of her son’s games, but only attended the Super Bowl during the 2016 season. ESPN reported that she is currently in Boston.

At least six other Patriots players will not be at the ceremony. Martellus Bennett, Chris Long, LeGarrette Blount, Devin McCourty, Dont’a Hightower and Alan Branch said they won’t be there because they do not support Trump’s policies.

The Patriots beat the Falcons 34-28, despite losing 28-3 midway through the third quarter. The Patriots then scored 25 unanswered points before regulation ended. They won the coin toss and scored a touchdown on the opening overtime drive. It was the Patriots’ fifth Super Bowl victory. 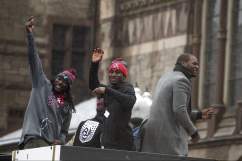