Here are the top five tips, tricks, and cheats you need to know for Rules of Survival.

• After you make your way through the Tutorial, take some time to customize the controls to your liking. Not only can you adjust the sensitivity of certain aspects of the movement/aiming, you can also adopt entirely different control methods. A movement option that should become standard for everyone is the double tap option that causes your character to instantly turn around. By hopping into the “Advance” menu, you can turn that on. Trust us – it’ll help you immensely during those moments when you’re spotted and have to haul off in another direction to lose your would-be killer.

• Once a match begins, it’s up to you to survive out of a whole group of looters and shooters who max out at 120 rivals. When you go airborne, you should make it a habit to hop out of the plane early and land dead center in the map. Or wait it out for a bit and try to land in an area that’s farther away from all the action. More specifically, a far off location that houses a lot of buildings or an army base since that’s where all the good loot’s located. You’re much better off taking in your surroundings while you’re descending so you can see where your opponents are trying to land. Oh and don’t fret – the game can automatically deploy your parachute. If you choose to perform this action on your own though, always pull your parachute out when you’re closer to the ground. That way, you’ll land much faster.

• Once your boots finally hit the ground, check your minimap ASAP. If you’re currently not in an area where a bunch of buildings are within your vicinity, you should place a marker on an area that does. If you happen to land in a spot with a player or several more players where there’s loot nearby, take heed – you’re much more likely to get killed here since everyone’s going to be equipped with some decent gear pretty quickly. Staying alive entails crouching as you wade through tall grass, taking refuge behind buildings and other obstacles, and hiding out in buildings while big firefights erupt outside.

3. The Best Gear to Loot and the Most Efficient Firearms You Should Equip

• When you first land on a map, you’re pretty much naked when it comes to having proper gear. Scavenge for whatever you can during the opening portions of a match. The most important gear you should collect during every match is a helmet for added protection and a backpack since it gives you more room to hold supplies. That backpack will always be an essential item since it’ll house all the extra ammo and med kits needed to fight until the bitter end. You can only carry so much, so refrain from carrying ammo for weapons you don’t have and other unnecessary items.

• The best weapons are assault rifles, shotguns, and scope rifles. Rifles tend to be the weapons that everyone adopt since they come with great modifications (like silencers and better scopes). Blasting enemies from afar with scope rifles, taking down multiple foes with an assault rifle during intense firefights, and dominating close-quarters skirmishes with a shotgun are the best ways to win. So keep a firearm for ranged combat and one that’s better equipped for battles that can end in a split second. From time to time, special crates with better loot will land on the map. While it’s expected that you’ll head in the direction of that crate to collect its goodies, try this instead – head in the direction of the crate, then pick a safe spot to kill off any players who try breaking it open. Greedy players are simply cannon fodder.

• Don’t be that player who waltzes into a building and leaves the front door wide open. Players can easily pick up on the fact that someone’s probably inside a building that has its doors ajar. Don’t leave a trail behind you – shut the door every time you enter a building. You should always be on your toes when entering a building though since someone could have closed the door behind them and stayed behind to kill any unsuspecting players. This is a tactic you should also adopt. After collecting all the loot within a building, hang around for a bit and see if anyone comes wandering in. Pick a good hiding spot while using this method. You should also peek your head out of the window from time to time and pick off any stragglers outside with your scope rifle.

5. Keep Your Ears Peeled for Any and All Noises

• One of the more surprising elements in Rules of Survival that will determine how good you do is its audio. Being aware of everything that happens around you usually comes down to whatever you hear. It’s easier to keep track of other players when you hear a car in the distance or footsteps that are a little too close for comfort. Keep your eyes peeled and a good pair of headphones on deck for this battle royale. It’s best to run to another area when a helicopter is flying overhead. Those choppers end up masking the sound of your footsteps since they make a lot of noise. Keeping your foes from hearing you move around thanks to this method is a life saver. 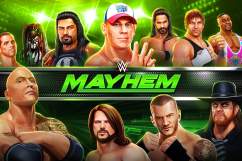