A Battletoads review code was provided by the publisher.

They say don’t judge a book by its cover. One look at the newly animated Battletoads made most gamers abandon that golden rule and immediately scoff at the game as a whole. That sole reason shouldn’t be anyone’s justification for writing off this new amphibian-filled adventure altogether, however. While there are certainly a few negatives that ruin the return of Rare’s beat ’em up icons, the game’s brand new art style certainly isn’t one of them. 2020’s reintroduction of Rash, Zitz, and Pimple not only marks the return of the high difficulty the trio’s past installments are known for but it also marks an enjoyable return to form for a once dormant franchise. 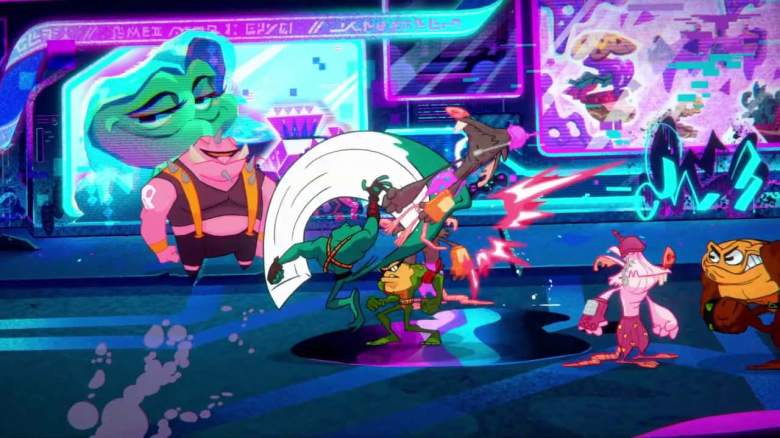 At first glance, Battletoads’ cartoony presentation isn’t very welcoming. But after putting the charismatic toads through their paces during the opening stages, that art style quickly becomes more attractive over time. It’s a testament to how good the visuals are when its cutscenes wouldn’t look out of place within the lineup of some late-night Cartoon Network shows. Props have to be given out to developer Dlala Studios for working alongside Rare in order to retain the spirit of the Battletoads in a visually striking manner. Each toad still has the ability to transform their limbs into blunt objects, plus they’ve been given new attacks that flesh out the onscreen animation to surprising levels. Battletoads looks great in motion, especially when you and your two co-op buddies are in the middle of smashing fools.

Battletoads’ cartoony aesthetic makes sitting through its wealth of cinematics a worthwhile endeavor. It’s just a shame that the game’s penchant for delivering genuinely funny moments is too few and far between. There are certainly a number of laugh out loud scenes (when a certain alien contact of the Dark Queen is threatened aboard a spaceship, prepare to howl out in laughter). However, there are way too many instances of cornball attempts at humor that will leave most gamers with an emotionless stare on their face instead of a legit smile. 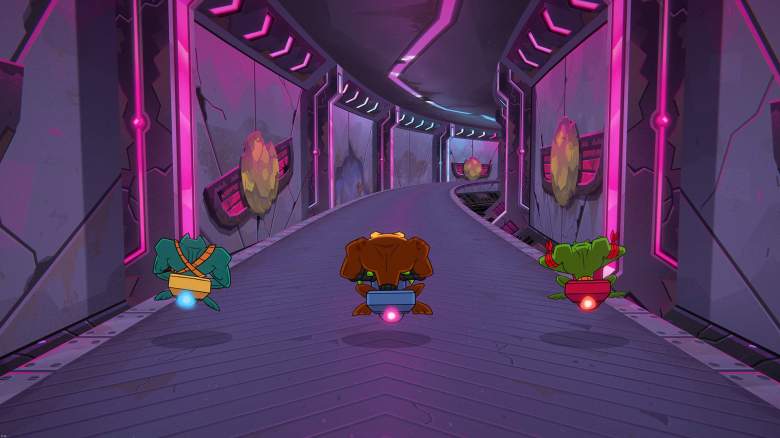 If you’ve played a Battletoads game in the past, then you’ll be pleased to know that its signature beat ’em up gameplay is back and better than ever. That game type is incorporated into most stages and produces some of the most enjoyable moments you’ll have by yourself and with your local co-op companions. Changing enemy patterns, left trigger + face button combinations that lead to different moves, and the high combo potential for each toad manages to keep the hand to hand action from growing stale. Battletoads does a good job of keeping each game type from boring you to tears since none of them overstay their welcome. The Turbo Tunnel obstacle courses, bobsled challenge, platforming stages, space shoot ’em up encounters, and a host of incredibly hilarious minigames that we don’t want to spoil here gives Battletoads a ton of gameplay variety.

Even though most of the chapter acts that contain those game types are a blast to play, there are some missteps within some of those levels that are either unnecessary or downright infuriating. As we mentioned before, the beat ’em up stages are a definite highlight. But the inclusion of random hacking puzzles disrupts the flow of action and brings everything to a screeching halt when they appear. There’s nothing that truly ruins the Turbo Tunnel and the other game types that come up on more than one occasion. And for old school heads who tore their hair out during the super difficult NES Battletoads game, you’ll be happy to know that that difficulty level is less of a barrier for entry here. Thankfully, the game is still a worthy challenge at its normal level (plus the game gives you the chance to make the game as hard as possible if you’re a masochist). 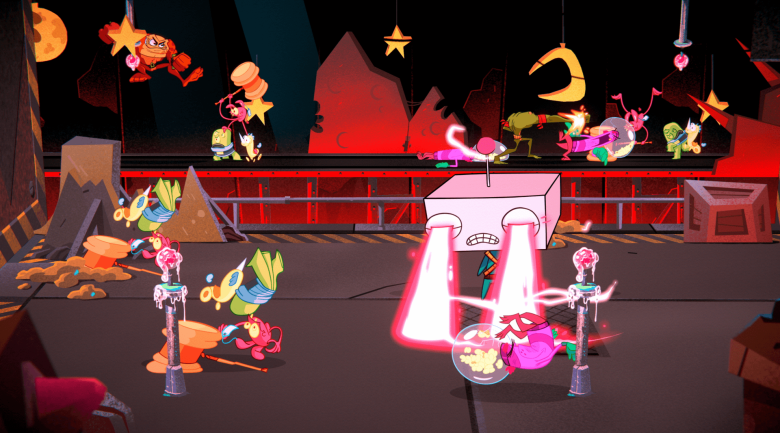 There’s one minigame, in particular, that is the ultimate fun killer and one of the worst parts in this game. That maddening stage comes in the form of a spaceship rebooting act that pushes you to solve several small puzzles in quick succession. The main issues that hamper that level are the unforgiving time limits attached to each successive challenge and the flow of the puzzles that frustrate more than entertain. That major blemish on the Battletoads experience as a whole will be a sore spot for many. Another issue that this game has its lack of online multiplayer. While that feature exclusion is expected due to how ambitious the game’s non-beat ’em up stages are, it still would have been nice to bash in some skulls with some friends online. The couch co-op experience is still a good time, especially when you and your buds synch up your attacks during the game’s awesome boss battles.

Battletoads gives players an amusing interplanetary romp, but it’s certainly a short one. Once you complete the game in four hours or so, there isn’t much to do except replaying it at a higher difficulty level and attempting to pick up all the collectibles you missed during your first playthrough. Getting a higher score doesn’t provide much of a reason to play everything all over again however, especially when those collectibles you pick up don’t unlock anything substantial. The low replay value for this Battletoads reboot is quite disappointing. 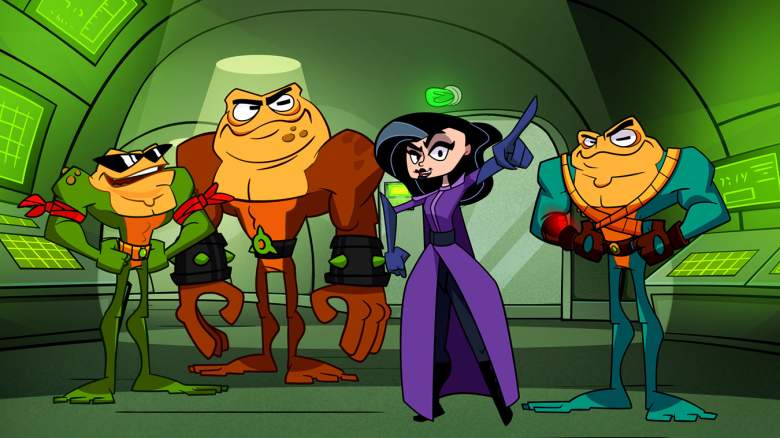 Battletoads is a short yet incredibly varied and jolly adventure. It offers a nice mix of game types that are all lively in their own right, a gorgeously animated visual art style that you’ll grow to appreciate, and a few comical scenes that are funnier than expected. But there’s a couple of things that hold this reboot back – that damned ship rebooting stage, the lack of online co-op, a few cringe-worthy jokes, and the game’s low replay value are the main issues that can’t be overlooked. Battletoads is a solid return for Rash, Pimple, Zitz, and the Dark Queen. But it certainly could have been so much better.

Our Battletoads Score: 7 out of 10