Another season of Diablo 3 is winding down and players are already looking forward to the future.

It’s no surprise that Diablo 4 is getting closer and closer to release, but Blizzard isn’t dropping support for Diablo 3 anytime soon and the start of a season always gives players something new to experience.

There was some backlash for Season 23 because it didn’t have a set theme as we’ve seen in the past, so it might not have kept players as interested as they might have been in the past.

Fortunately, Season 23 is coming to a close soon and players will then be able to shift gears to Season 24. There hasn’t been any official announcement yet, but we do have precedent to go off and that means the end is near.

As we enter July, it’s expected that this will be when Season 23 wraps up. Nothing has been announced by Blizzard, but we expect it’ll be some time in the middle of the month.

The second week seems like a good assumption to make, so any time between July 11-17 seems like a decent guess. Seasons typically last about three months, but Blizzard has been keeping things going a bit longer as of late, possibly due to the ongoing pandemic.

Ready yourself for the Ethereals to come. ⚔️✨

Since Blizzard is testing a new patch, it usually does mean the end of the season is near, so that’s why we think it’ll happen in July. Of course, assumptions are just assumptions until Blizzard confirms the actual end date. We’ll update this post accordingly when the real end date is revealed.

When Does Season 24 Begin? 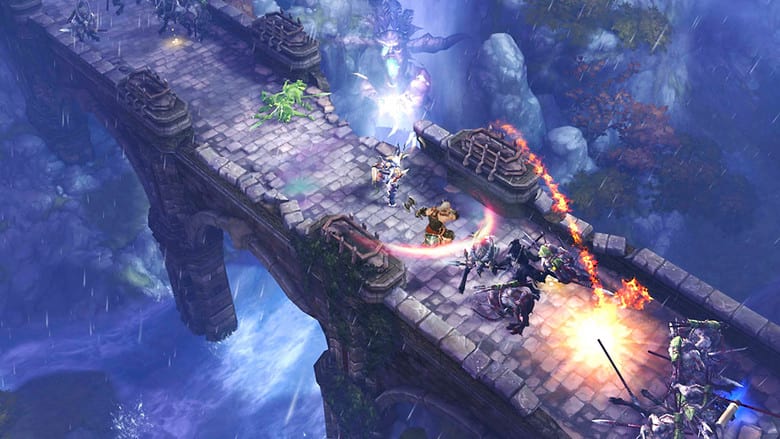 Since we don’t know the actual end date for Season 23, this prediction for Season 24’s start might fall flat.

The past returns. Prepare for Ethereals and more in Season 24 of Diablo III.

Usually, Blizzard gives players a bit of downtime to relax from the grind that is Diablo 3 before they jump right back in. In the past, this has been around two weeks, which could push the start of Season 4 into August.

Again, this will be a lot easier to pinpoint once we have the official end date of Season 23. Blizzard usually reveals the end time a week or so ahead of time, so if it is coming in July, expect an official announcement to come soon. From there, we’ll be able to accurately predict the start time for Season 24.

The start of a new season is always an exciting time in Diablo 3 as it usually means there are new sets to complete, new items to get and a new theme. We’ll have to hope Blizzard can cook something up for longtime players because Diablo 2’s release is right around the corner.

While it’s an older game and plays differently than D3, we expect there are a lot of players who will be diving into this game for the first time, and it could prove to be something new and shiny when compared to decade-old Diablo 3.

We still don’t have a ton of information about Diablo 4, so it looks like these two games are all we have for the time being. Diablo: Immortal exists somewhere out there too and should release in 2021.