Here’s what you need to know about “N-Bomb.”

1. It Could Be the Deadliest Designer Drug to Date

The street drug has so far killed five people in the United States and it can be particularly lethal since its relative simple chemical formula can be reproduced by anyone with just a basic understanding of chemistry.

It is also currently unregulated by federal law.

2. It is Derived from Mescaline

[N-bomb] is derived from mescaline, which occurs naturally in peyote cactus. The technical name of the substance is phenethylamine.

The substance isn’t technically illegal because it is made from two banned parent drugs.

N-bomb can be taken as a liquid, a powder, or as a tab on a blotter paper under the tongue.


25I-NBOMe (2C-I-NBOMe) is a derivative of the substituted phenethylamine psychedelic 2C-I, discovered in 2003 by Ralf Heim at the Free University of Berlin, and subsequently investigated by a team at Purdue University led by David Nichols.

The chemical had no history of human use prior to being sold online as a designer drug in 2010.

5. It Has Other Street Names

Its most common name, “N-bomb,” comes from the chemical name of the drug.

6. It Can Have Similar Effects to “Bath Salts”

Bath salts made the news after a slew of gruesome stories emerged about people acting violently while on them. While no violent crimes have been reported regarding N-bomb, there are also other side effects that align with other designer drugs, including: confusion, difficulties communicating, paranoia, seizures, and death.

7. Deaths Have Been Reported in North Dakota, Virginia, Louisiana, and Most Recently Arizona

My Fox Phoenix reports on the most recent tale, recounting the death of high school senior Noah Carrasco:


8. N-Bomb Can Also Cause Long-Term Damage

People who have survived hospitalization from bad N-bomb trips also have to worry about long-term damage to kidneys, and possibly kidney failure. And like all psychedelics, mental disorders can surface.

9. Some States Are Already Classifying N-Bomb as a Schedule 1 Controlled Substance

In response to the fatalities caused by the designer drug, Virginia, Louisiana and Florida have deemed N-bomb a Schedule I controlled substance.

10. The Feds Have Taken Notice

25I-NBOMe is unscheduled under United States federal law. However, it could be considered an analog of 2C-I (a Schedule I controlled substance) under the Federal Analogue Act. In this case, sale or possession of 25I-NBOMe with the intent of human consumption would be illegal. The United States Department of Homeland Security is currently attempting to prosecute someone in federal court with 25I-related charges under the analogue act. 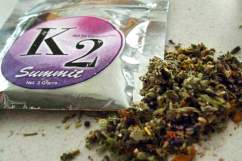 Loading more stories
wpDiscuz
8
0
Would love your thoughts, please comment.x
()
x
| Reply
A new designer drug could be the deadliest ever — because it's so easy to make.