A drifter already serving time in prison for killing a woman has been identified as the suspected serial killer police believe is responsible for the deaths of seven women whose bodies were dumped behind a shopping center in New Britain, Connecticut.

William Devin Howell, 45, first named by NBC Connecticut, was convicted of first-degree manslaughter in 2007, according to the state Department of Correction.

He is scheduled to be released March 14, 2019, but that release date could actually come sooner, since Howell has earned 449 days off his sentence for good behavior, according to the New Britain Herald.

Authorities announced that they believe they have identified the suspect, but would not confirm his name or provide other details because they said it could jeopardize the case. The victims all went missing around 2003.

Police and prosecutors have been investigating since 2007 and launched a task force in 2014. A $150,000 reward, the largest in the state’s history, was offered for information leading to an arrest in the case.

1. Howell Was Convicted of Killing a Woman Who Was Last Seen Getting Into His Van

William Devin Howell, originally from Virginia, was convicted of first-degree manslaughter in the death of 33-year-old Wethersfield, Connecticut woman Nilsa Arizmendi, who disappeared in 2003 and whose body was never found, NBC Connecticut reports.

Police said on May 13 that they have identified Arizmendi as one of the seven bodies found behind the shopping center.

Howell pleaded guilty under the state’s Alford Doctrine, which meant he did not admit guilt, but said prosecutors had enough evidence to convict him. The plea deal was opposed by Arizmendi’s family. He was sentenced to 15 years in prison and will be released on March 14, 2019. He is being held at Garner Correctional Institution in Newtown.

Howell was originally charged with murder in the Arizmendi case, but he pleaded down to first-degree manslaughter after a the murder trial began, according to the Connecticut state’s attorney’s website.

Arizmendi had last been seen in Howell’s van in Wethersfield, prosecutors said. She was reported missing by her sister on July 31, 2003. Arizmendi’s boyfriend, Angel Sanchez, told police that when he last saw Arizmendi she was getting into the van in a supermarket parking lot, according to the Hartford Courant. Sanchez told police they had smoked crack cocaine with Howell previously and he was known to them as Devin. Sanchez said Arizmendi went to ask Howell for drugs and then got into his van, driving toward Hartford on the Berlin Turnpike.

The state’s attorney’s office says Howell was arrested May 13, 2005 in Hampton, Virginia on a fugitive from justice warrant. In April 2004, Howell’s van was seized through a search warrant while Howell was in custody in North Carolina in an unrelated case, prosecutors said. The Connecticut State Police Forensic Laboratory conducted DNA analysis and determined blood found in the van belonged to Arizmendi.

Howell, who has “Devin” tattooed on his bicep, was working in Connecticut at the time of Arizmendi’s disappearance, doing odd jobs and cutting grass at homes and businesses in Wethersfield, Hartford, New Britain and West Hartford, all towns close to where the seven bodies were found.

After Howell’s arrest in 2005, the state’s attorney told a judge that Howell was a flight risk because he had convictions for violating probation and providing false identification in Georgia, New Jersey, Virginia and Connecticut, according to the Hartford Courant’s report on the hearing.

He was briefly in custody in Connecticut in 2004 on a probation violation, but was released.

“I can’t even imagine how many people didn’t get hurt because Mr. Howell was convicted of manslaughter in 2005,” Wethersfield Police Chief James Cetran said during a news conference. 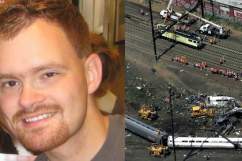 Prosecutors released this photo of William Devin Howell’s van in hopes that it would help them gain information from the public about other crimes he could be involved in. (Connecticut State’s Attorney)

Despite being convicted in Arizmendi’s death, the state’s Cold Case Unit listed the case as “open,” with “public assistance requested” on its website.

The Cold Case Unit released a photo of a van belonging to William Devin Howell in hopes that the public would recognize it and be able to provide information about him. According to prosecutors, investigators found blood belonging to Arizmendi in the van. They also found blood from another person, but have not been able to identify it.

According to prosecutors, police also found a recording of two women on a videotape in the van. Police released these still shots from the video recording:

Howell lived in the van, Arizmendi’s boyfriend, Angel Sanchez, testified at Howell’s murder trial. Sanchez said he and Arizmendi met Howell while walking to their motel room in Wethersfield on the Berlin Turnpike after buying drugs in Hartford. Howell stopped his van and gave them a ride to their motel. He gave them three or four more rides over the next three months, before Arizmendi disappeared. 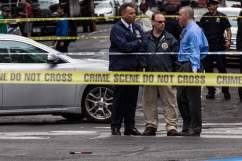 3. A Man Scouting For Hunting Spots Found the First Remains in 2007

Police said three women who were reported missing in 2003 were found in 2007 in a wooded area behind a shopping center on Hartford Road, the state’s attorney’s office says.

They first victims were found by a local man who was scouting for hunting spots in the heavily wooded area.

Joyvaline “Joy” Martinez was 24 when she was reported missing in October 2003. The East Hartford resident was identified in August 2013.

Diane Cusack, born April 1, 1955, was identified as one of the victims in December 2010. Ms. Cusack, who lived on Oak Street in New Britain, was last seen alive in the late summer/early fall of 2003.

Mary Jane Menard was identified as one of the victims in 2014. She was 40 when she was reported missing in October 2003.

One of the victims was identified as Melanie Ruth Camilini, who had been missing since January 2003. The mother of two children was 29 when she disappeared.

Camilini’s 40th birthday would have been May 11, the same day police announced they had identified her as one of the victims. Her family left a birthday balloon near the site where she was found.

Another victim, Janice Roberts, was identified on May 13. She was a transgender woman who was previously known as Daniel Whistnant.

Only one of the victims remains unidentified.

Police said they have searched the entire area and do not belief there are any other remains buried there.

Police said the case is not connected to the death of a girl whose body was found in the same area in 1995.

Police and prosecutors said there is no connection between the seven women found between 2007 and 2015 and the death of a teenaged girl whose body was found in the same area in 1995, according to The Associated Press.

The girl, Elizabeth Honsch, was found behind the strip mall in 1995. The body of her mother, Marisa Honsch, was found a week later in Massachusetts. They were both shot in the head. Police have arrested and charged Robert Honsch, Elizabeth’s father and Marisa’s husband, in their deaths. He has pleaded not guilty and awaits trial. According to the AP, he killed his wife and daughter and then moved to Ohio.

Honsch, now 70, was arrested in July. He had changed his name to Robert Tyree and was living in Wooster, Ohio with a new wife and their children.

4. The Daughter of Howell’s Former Girlfriend Called Him ‘Kindhearted’

William Devin Howell in an undated photo, the most recent available. (Connecticut Department of Correction)

In an interview with The Daily Beast, 19-year-old Juliana Holcomb said she never thought Howell, her mother’s ex-boyfriend, could have “done this.”

“He has long hair and in his mugshot, he looks angry,” Holcomb said. “But he was a kind-hearted giant. He was so nice. He and my mom got along well together.”

Howell used to stay with Juliana’s mother, Dorothy, when he was in Connecticut. The van seized by police was registered in her name.

“None of us really believed he did that,” Holcomb told The Daily Beast about the death of Arizmendi, which Howell was convicted of. “He never put a hand on my mom or anything.”

She said her mother left Howell because he didn’t have money and she was also poor. But police records and other family members tell a different story. While Howell was being investigated in Arizmendi’s death, police had an active arrest warrant for him on domestic violence charges alleging he hit Dorothy Holcomb, who died in 2012. Dorothy’s sister, Cheyenne Hackett, told The Daily Beast something was “fishy” about Howell:

On behalf of my family, I’m so happy he did not kill my sister. That my sister was not one of his victims.

5. Howell Would Be the Most Prolific Serial Killer in Connecticut Since the 1980s

Michael Ross in a 1998 mugshot. He was executed in 2005. (Connecticut Department of Correction)

If charged and convicted, Howell would be the most prolific serial killer in Connecticut since Michael “The Roadside Strangler” Ross, who was executed in 2005 after confessing to eight murders. Ross killed eight women, ranging in ages from 14 to 25, in Connecticut and New York from 1981 to 1984.

Loading more stories
wpDiscuz
1
0
Would love your thoughts, please comment.x
()
x
| Reply
William Devin Howell has been identified as the accused serial killer believed to be responsible for the deaths of 7 women found in New Britain, Connecticut.