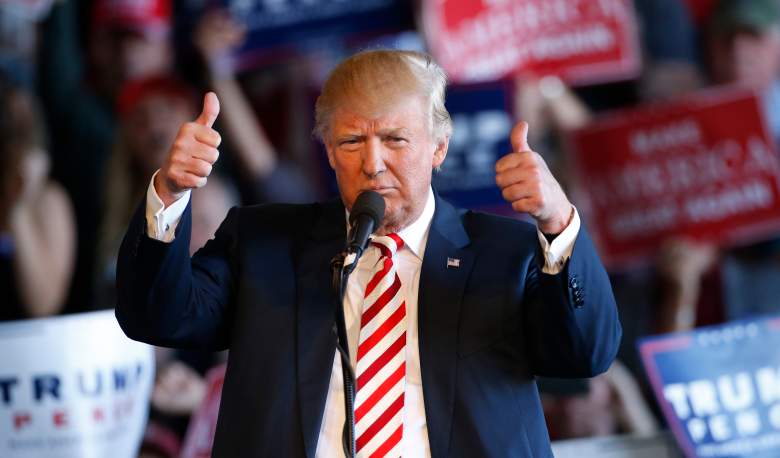 Donald Trump and Hillary Clinton faced off in the third and final presidential debate before the November 8 General Election. After a town hall meeting-style debate during their second go-round, the traditional debate format returned for the third debate. Trump had plenty of memorable comments, as he tried to make up ground lost in the polls to Clinton. Early in the debate, Trump made a comment about Justice Ruth Bader Ginsburg, calling her recent comments about him “inappropriate.”

On the Supreme Court, Trump said, “The Supreme Court is what it’s all about. It’s just so imperative that we have the right justice.” He said that the Second Amendment will be under “trauma” under a President Clinton.

“Something happened recently where Justice Ginsburg made some very inappropriate statements toward me and toward a tremendous number of people, many, many millions of people that I represent, and she was forced to apologize and apologize she did. But these were statements that should never ever have been made.”

“You have the toughest laws and the most gun violence,” Trump said on gun violence in Chicago.

“If they overturned it, it would go back to the states,” Trump said when asked about Roe v. Wade. “I am putting pro-life justices on the Supreme Court.”

“I think it’s terrible if you go with what Hillary is saying in the ninth month you can take the baby and rip the baby out of the womb of the mother just prior to the birth of the baby.”

“We are going to have a massive, massive tax increase under Hillary Clinton.”

“Our jobs are being sucked out of our economy.”

“One of my first acts will be to get all of the drug lords, we have some bad, bad people in this country this have to go out. We’ll get them out, secure the bothered and once the border is secured at a later date we’ll make a determination as to the rest. But we have some bad hombres here and we’re going to get them out.”

“The one thing you have over me is experience. But it’s bad experience…. The problem is you talk, but you don’t get anything done.”

“If you become president, this country is going to be in some mess.”

“I didn’t even apologize to my wife, who is sitting right there,” Trump said on the allegations of sexual assault against him. He called the claims “fiction.”

“Nobody has more respect for women than me. Nobody,” Trump repeated.

“It’s a criminal enterprise,” Trump said of the Clinton Foundation. “Saudi Arabia giving $25 million. Qatar, all of these companies. You talk about women and women’s rights. So these are people that push gays off buildings. These are people that kill women and treat women horribly. And yet you take their money. So I’d like to ask you right now why don’t you give back the money that you have taken from certain countries that treat certain groups of people so horribly? Why don’t you give back the money?”

When asked if he will accept the results of the election, Trump told Wallace, “What I’m saying is I’ll tell you at the time. I’ll keep you in suspense, okay?” (This was in stark contrast with his running mate Mike Pence, who said that they would accept the election results.”

“Should have won,” Trump said when Clinton said that he complained that the Emmys were rigged ehen he lost for The Apprentice.

“She should not be allowed to run. In that case, I say this is rigged,” Trump said.

“Whatever happened to the element of surprise?” Trump wondered about Mosul.

“Wrong,” Trump said repeatedly as Clinton reminded audiences that he supported the Iraq War in 2003.

“It’s a catastrophe. It’s a mess. Have you seen it? Have you seen what’s happened to Aleppo? OK, so it hasn’t fallen. Take a look at it.”

“It’s so ridiculous what [she just said]. She will defeat ISIS? We should have never let ISIS happened in the first place. Right now, they’re in 32 countries.”

“We will create an economic machine the likes of which we haven’t seen in many decades. And people, Chris, will go back to work and they’re going to make a lot of money. We’ll have companies that will grow and expand and start from new.”

“We can not take four more years of Barack Obama and that’s what you get when you get her,” Trump said at the end of the debate. 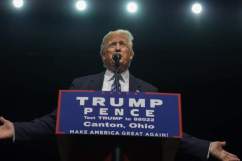 Loading more stories
wpDiscuz
3
0
Would love your thoughts, please comment.x
()
x
| Reply
During the third presidential debate, Donald Trump continued to follow through with his attacks on Hillary Clinton. Here's his best quotes.