Elena Branson is a dual Russian and U.S. citizen who is accused of acting in the U.S. illegally as an “agent of the Russian government.”

Damian Williams, the United States Attorney for the Southern District of New York, Matthew G. Olsen, the Assistant Attorney General for National Security, and Michael J. Driscoll, the Assistant Director-in-Charge of the New York Field Office of the Federal Bureau of Investigation, announced the charges in a news release on March 8, 2022.

According to the news release, she was also accused of “willfully failing to register under the Foreign Agents Registration Act (‘FARA’), as well as conspiring to commit visa fraud and making false statements to the FBI.” According to the complaint, her name is also Elena Chernykh.

1. Branson Is Accused of Coordinating Meetings So Russian Officials Could Lobby Politicians & Businesspeople in the U.S. 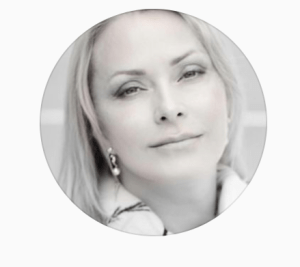 According to the release, beginning in at least 2011, Branson “worked on behalf of the Russian government and Russian officials to advance Russian interests in the United States, including by coordinating meetings for Russian officials to lobby U.S. political officials and businesspersons, and by operating organizations in the United States for the purpose of publicly promoting Russian government policies.”

As alleged, Elena Branson, a dual U.S./Russian national, actively subverted foreign agent registration laws in the United States in order to promote Russian policies and ideology. The Russian government at its highest levels, up to and including President Vladimir Putin, have made known that aggressive propaganda and recruitment of the Russian diaspora around the world is a Russian priority.

2. Branson Is Accused of Corresponding With ‘Putin Himself’ Before Founding an ‘I Love Russia’ Campaign Targeting American Youths

The release alleges that Branson was in communication with Russian leader Vladimir Putin.

“Branson is alleged to have corresponded with Putin himself and met with a high-ranking Russia minister before founding a Russian propaganda center here in New York City, the Russian Center New York,” the release says.

“Branson’s promotional outreach, including an ‘I Love Russia’ campaign aimed at American youths.” According to the release, Branson “received tens of thousands of dollars in funding from the Russian government for the RCNY and has used the RCNY to host events and engage in public messaging at the direction of the Russian government and Russian officials.”

She chose not to register as a Russian agent and instructed others how to avoid doing so, alleged the release.

Assistant Attorney General Matthew G. Olsen said in the release: “As alleged, Branson engaged in a wide-ranging influence and lobbying scheme with funding and direction from the Russian government – all while deliberately leaving the American people in the dark. The Department will continue to expose these serious crimes and shine a light on foreign malign influence.”

Officials painted Branson’s alleged behavior as part of a much larger Russian propaganda campaign inside the U.S.

As alleged, Branson worked as an illegal agent of the Russian government in circumvention of FARA requirements. At the direction of the Russian government, she led a years long campaign to identify the next generation of American leaders, cultivate information channels, and shape US policy in favor of Russian objectives. This case highlights the breadth of Russia’s relentless intelligence and malign influence activities targeting the United States. The FBI will continue to be just as aggressive in uncovering and dismantling these Russian government networks who seek to harm our national security.

Bran was a native of Russia who operated within the U.S., according to the release.

4. Branson Lobbies Hawaiian Officials Not to Change the Name of a Former Russian Fort

One of Branson’s efforts involved a fort in Hawaii, the release says. It alleges

She served as chairperson of the Russian Community Council of the USA.

In March 2016, Branson “worked to arrange meetings for the head of the Department of Foreign Economic Activity and International Relations for the Government of Moscow with, among others, a then-New York State Senator and the management of certain U.S. companies,” the release said.

Branson “also participated in a scheme to obtain fraudulent visas for Russian officials and their associates, by providing information about RCNY events to those individuals for using as false pretenses to obtain visas to enter the United States,” it says.

Branson falsely claimed “that she had never been asked by Russian officials to coordinate any meetings between U.S. business leaders or politicians and officials from the Government of Moscow,” the release says.

She left the U.S. for Russia, saying on Russian television that “she had left the United States because she thought it was likely that she would be arrested.”

Branson “left the United States for Russia in 2020 and remains at large.”

Loading more stories
wpDiscuz
0
0
Would love your thoughts, please comment.x
()
x
| Reply
Elena Branson is a dual Russian and U.S. citizen who is accused of acting in the U.S. illegally as an "agent of the Russian government."