Jeff German, a Las Vegas-based investigative journalist was killed after a stabbing outside his home, the Las Vegas Review-Journal reports. Police said in a press release a man was found dead outside a home on Bronze Circle about 10:30 a.m. on September 3. The Review-Journal confirmed the victim has been identified as German, a 69-year-old reporter who has covered organized crime during his career.

“Arriving officers and medical personnel pronounced the victim deceased at the scene,” the Las Vegas Metropolitan Police Department said in the press release. “The identification of the victim, as well as the cause and manner of death, will be released by the Clark County Coroner’s Office.”

On Monday, September 5, 2022, the LVMP released two images of a suspect in the killing. 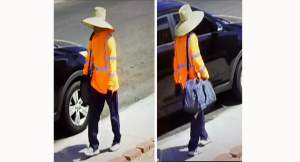 LVMPDTwo photos of the suspect wanted in death of Jeff German.

“Asking for the public’s assistance identifying the suspect involved in the homicide that took place on September 3 near Vegas Dr & Tenaya Way. Anyone with any info is urged to contact the LVMPD Homicide Section by phone at 702-828-7777 or @CrimeStoppersNV,” the tweet reads.

Investigative Journalist Jeff German Was ‘Found Deceased Outside of His Home’ With ‘Stab Wounds,’ the Review-Journal Reports

Man was found deceased outside of his home on September 3, near the 7200 block of Bronze Circle.

Anyone with any info is urged to contact the LVMPD Homicide Section by phone at 702-828-3521 or @CrimeStoppersNV pic.twitter.com/bJ4ghTS1Uz

The Las Vegas Metropolitan Police Department issued a news release on September 4 asking for public help in locating a suspect in a stabbing death that occurred on September 3. Police provided few details in the release.

According to the police, a “man was found deceased outside of his home” in the 7200 block of Bronze Circle. At the time of the release no cause or manner of death had been revealed but the LVRJ indicated he’d died from “stab wounds.”

According to 8 News Now, police say he “was involved in an altercation with another person outside his home and was stabbed” and they believe it was an “isolated incident.”

“We believe the altercation took place outside of the home,” Captain Dori Koren, a Las Vegas Metropolitan Police Department spokesman, said at a news conference according to the Associated Press. “We do have some leads. We are pursuing a suspect but the suspect is outstanding.”

Glenn Cook, the LVRJ’s executive editor told the AP that “German had not communicated any concerns about his personal safety or any threats made against him to anyone in the newspaper’s leadership.”

According to the Las Vegas Review-Journal, Clark County Public Administrator Robert Telles’ home in the affluent Summerlin area of Las Vegas was the subject of a search warrant in connection with the death of German on Wednesday, September 7.

Heavy was on-site of Telles’ home where police had roped off the neighborhood and surrounding streets.

The police were first spotted in the early hours on Wednesday morning and have remained, surrounding the home, all day. Telles arrived at the home just after 2 p.m wearing a white hazmat-looking suit but refused to speak with the surrounding media.

According to the LVRJ, “German spent months reporting on the turmoil surrounding Telles’ oversight of the public administrator’s office.” Telles lost re-election in June 2022, due, in part to German’s investigation pieces. The outlet reported that German had recently filed a public record request in conjunction with claims of “an inappropriate relationship” Telles was having with a “subordinate staffer.”

On Tuesday, police revealed a photo of a car which the LVRJ describes as a “2007 to 2014 red or maroon GMC Yukon Denali with chrome handles, a sunroof and a luggage rack.” The car matches what was seen in Telles’ driveway.

“The GMC vehicle and a second vehicle were towed from Telles’ property at about 12:50 p.m on Wednesday,” the outlet reported.

Telles’ home is less than six miles from the home where German was killed.

The suspect in the homicide that occurred on September 2, 2022, has been taken into custody.

At 6:45 p.m. LVMPD announced it had taken “the suspect in the homicide” into custody.

“The Review-Journal family is devastated to lose Jeff,” Cook said in a statement, according to the outlet. “He was the gold standard of the news business. It’s hard to imagine what Las Vegas would be like today without his many years of shining a bright light on dark places.”

According to the Los Angeles Times, German was a “longtime columnist and reporter for the Las Vegas Sun, where he covered courts, politics, labor, government and organized crime” and is best known for his investigative work, including a 2001 book “Murder in Sin City: The Death of a Las Vegas Casino Boss” and as a host of the LVRJ’s podcast, “Mobbed Up: the Fight for Vegas.” At the time of his death, German was working for the LVRJ.

Several of German’s colleagues remembered him via social media posts.

“Absolutely devastating night for all of us at the RJ,” Adam Hill wrote on Twitter. “The professional loss of one of the best journalists this state has ever known is eclipsed only by the personal loss of a great man and friend. Crushing.”

Scott Zamost wrote, “Jeff was the consummate investigative reporter who was always excited about breaking a story after all these years. He was one of the few who never left Las Vegas. This is devastating.”

According to German’s author page on the LVRJ website, his last published piece went up on August 4, 2022. The story, “Travel firms go to Nevada Supreme Court in heated battle over state taxes” details a court hearing between large travel sites like Orbitz, Travelocity, Expedia, Priceline and Hotels.com who are asking the “Nevada Supreme Court to order the dismissal of a lawsuit alleging they avoided paying hundreds of millions of dollars in hotel room taxes.”

Heavy reached out to the Las Vegas Metropolitan Police Department and the Las Vegas Review-Journal where he was employed for comment and has not received a response.