Tim Ryan is a Democrat from Ohio who has been serving in the U.S. House of Representatives since 2003, as noted on his congressional bio. He is currently running for the Senate against Republican JD Vance.

Here’s what you need to know about Ryan’s family. 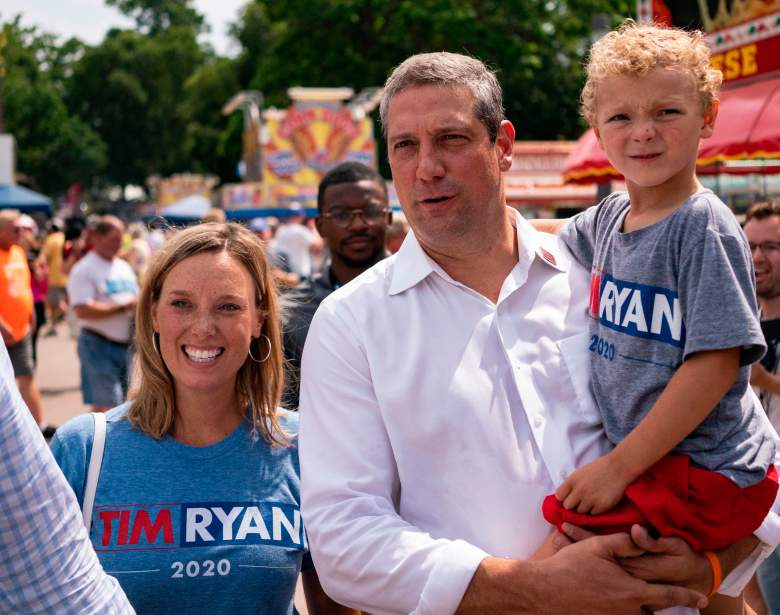 Andrea Zetts Ryan has been working as a teacher since 1999. According to the Ohio Department of Education, she is licensed to teach elementary and middle school grades. She currently teaches first grade at Seaborn Elementary School in the Weathersfield Local School district, as noted on the district’s website.

Zetts and Ryan were first introduced in 2008 by her brother-in-law, according to The Business-Journal.

They tied the knot in a private ceremony in New York City in April 2013, as Heavy previously reported. They took a carriage ride in Central Park following the ceremony, the Cleveland Plain Dealer reported.

Like her husband, Zetts is also an eastern Ohio native, as noted in the Akron Beacon Journal after their wedding. She grew up in Struthers, a small town in Mahoning County located about 25 minutes away from Ryan’s hometown of Niles. 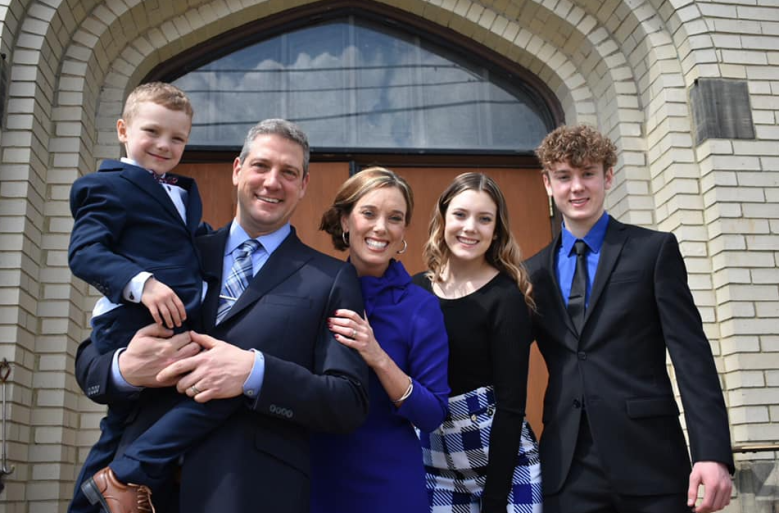 Zetts had two children from her first marriage, a son named Mason and a daughter named Bella. But Ryan made it clear in a 2014 interview with The Business Journal that he viewed Mason and Bella as more than just his wife’s children. He told the newspaper, “I love my stepkids like they’re my own.”

Ryan and Zetts added to the family in June 2014 when they welcomed son Brady. Ryan shared the news by posting a photo of the newborn on Twitter. As of this writing, Brady was 8 and even co-starred in this video featured on Ryan’s Senate campaign website.

Mason and Bella call Ryan by his first name, as evidenced in this Father’s Day video that was shared to his campaign’s Facebook page in June 2022. In the video, Mason thanks Ryan for “everything you do for me and the family” and adds that he loves that Ryan came to all of his football, basketball and baseball games. Bella shares that Ryan is a “great cheer dad” and thanks him for coming to her games, as well. Brady thanks his father for playing basketball with him and adds, “even though you will never be faster than me!” All three express their hope that Ryan would win the Senate race.

Mason graduated from high school in 2021, according to this Facebook post. Bella celebrated her own high school graduation the following year, as noted on social media.

Ryan and his wife raised their children in the city of Warren in Howland Township, which is located just a few miles from his hometown of Niles. Trumbull County property records show Ryan and Zetts purchased their single-family house a few weeks after their wedding in 2013 for $310,000.

3. Ryan’s Parents Divorced When He Was Young & He Doesn’t Have a Relationship With His Father

Happy Mother's Day to the two most important women in my life: Andrea and my own mom, Rochelle Rizzi.

I love you both so much and couldn't ask for two better role models for our kids. pic.twitter.com/OlaAJgU28a

Ryan has been in the public eye since beginning his political career more than two decades ago. He was first elected to the state Senate in Ohio when he was 26 and later decided to run for the U.S. House of Representatives in 2002. A Post-Gazette article published after his victory revealed some details about his childhood.

Ryan and his older brother were raised primarily by their mother, Rochelle, following their parents’ divorce. The newspaper reported that Ryan “has had no relationship with his father since then.”

Ryan’s parents are Rochelle Maria (Rizzi) Ryan and Allen Leroy Ryan, according to his birth record. Ryan is of Italian and Irish descent, ABC News reported.

In this campaign video, Ryan shows his son the house where he grew up and explains that he lived there with Brady’s “grandma and uncle.” Brady asks, “Just the three of you?” Ryan doesn’t mention his father and responds, “Yeah, but the whole neighborhood felt like our family.”

Ryan praised his mother as a great role model in this tweet from May 2022. He wrote, “Happy Mother’s Day to the two most important women in my life: Andrea and my own mom, Rochelle Rizzi. I love you both so much and couldn’t ask for two better role models for our kids.”

Ryan’s maternal grandparents played a large role in his upbringing. The Post-Gazette reported that John and Ann Rizzi lived close by “so they helped look out for the boys.”

In his Senate campaign video, Ryan shows son Brady the house where his grandparents used to live. He explains that family dinners took place there every Sunday. Ryan also praised his grandfather as the person “everyone turned to” when they needed support.

In a speech at the 2016 Democratic National Convention, Ryan spoke about his grandfather’s commitment to supporting all union members. John Rizzi was a steelworker for four decades, Ryan said. Ryan recalled a moment with his grandfather that stuck out to him:

One day, late in his life, he asked me to take him grocery shopping. We’d go to one store for meat, another for cheese, always looking for the sale. Hours later, with one last stop, I asked, “Grandpa, could we go to the closest store?”

And he said NO! “The meat cutters are on strike. We will NOT cross that picket line.”

Ryan told that story with more details during a speech on the campaign trail in August 2022; the media company “More Perfect Union” shared the speech here.

Ryan’s grandparents helped raise him in the Catholic faith. In a speech on mindfulness at the University of Virginia in 2014, Ryan recalled John and Ann Rizzi often praying. “My grandparents were always praying the rosary. I’d ride my bike down their house and the radio would be off, the TV would be off, they’d be sitting in their home and they’d be, uh, praying the rosary.”

Ryan has one sibling. His brother, Allen Leroy Ryan Jr, is two years older than him. In the 2002 article in the Post-Gazette, John Rizzi spoke highly of his two grandsons as children. “They were always together, and they were always well-behaved. Both of them were top-shelf in sports.”

Allen Ryan attended law school and was admitted to the bar in 1997, according to his profile on the Supreme Court of Ohio attorney directory.

He works for Covelli Enterprises. According to its website, the company is the “the largest franchisee” of Panera Bread with more than 300 restaurants in 8 states. Covelli also operates O’Charley’s restaurant locations and Dairy Queens.

According to his LinkedIn profile, Allen Ryan has been the director of corporate affairs for Covelli since 2008.