NASCAR driver Martin Truex Jr. will be absent for the August 15 qualifying for the Michigan International Speedway so that he can be with his girlfriend, Sherry Pollex. Pollex is suffering from ovarian cancer. Truex’s team, Furntiture Row Racing said in a statement “Sherry and Martin would like to thank the #NASCAR community for all the well wishes. [They] have requested everyone respect the family’s privacy as Sherry begins her treatment and recovery.”

1. She Met Martin Truex Through NASCAR

The couple have been together for nine years. They met while Pollex was working for NASCAR’s PR department.

Pollex is known for her tireless charity work for children with cancer. In 2007, she and Truex Jr. founded the Martin Truex Jr. Foundation. Every year the foundation hosts and exclusive fashion show “Catwalk for a Cause” in aid of the charity. The couple also host a golf tournament annually in support of a New Jersey cancer hospital.

3. Pollex Has Her Own Fashion Line

She owns and operates her own boutique in North Carolina, Lavendar. The boutique showcases most of its line at the aforementioned “Catwalk for a Cause.” Her keen fashion sense also rubbed off on Truex, she told the Johnson City Press in 2013:

Now he wears designer denim and designer shirts, so he’s changed his fashion a little bit since we’ve been together. He’s still a jeans and T-shirt type of guy, but he’s gotten to know some of the designers I buy from. They sent him jeans and invite him to some of the events, so it’s been a natural progression.

4. She’s Always Been There For Truex

When Truex broke his 218 winless run in NASCAR in June 2013 at Sonoma, Pollex was there waiting for him in the winner’s circle. She said at the time:

He said, ‘Babe, I feel like I’m 50 pounds lighter.’You see it all the time: Once a team gets that breakthrough win, it kind of opens the floodgates. I’m hoping that’s what happens with them.

5. NASCAR Is in Her Blood

As the daughter of PPC Racing owner Greg Pollex, she has NASCAR in her blood. She got her start working for the racing giant after graduating from Florida State University with a degree in Sports Marketing. Pollex is a Michigan native, with her boyfriend hailing from Trenton, New Jersey. 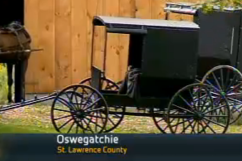