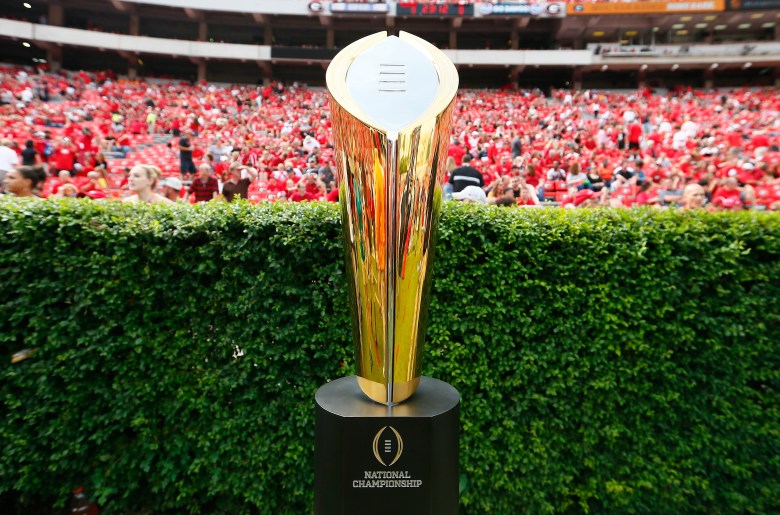 Here is the schedule:

The Selection Committee’s Top 25 will be revealed on ESPN seven times during the season — every Tuesday between Oct. 28 and Dec. 2. The final ranking will take place on Sunday, Dec. 7.