The Las Vegas Review-Journal and TMZ both reported the suicide attempt.

Koppenhaver is facing a slew of domestic battery charges related to the vicious beating of his ex-girlfriend Christy Mack and Corey Thomas, a man who was with Mack at the time of the attack.

Koppenhaver fled the scene after the attack and was wanted by cops for several days afterward. 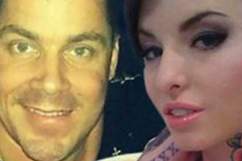 2. An Officer Found Koppenhaver With a Piece of Linen Around His Neck

TMZ reported that a corrections officer found Koppenhaver unresponsive with a piece of linen tied around his neck.

The officer went into the cell and found the ex-MMA fighter had a piece of linen around his neck which was tied to the leg of the bed — and his face was purple. The officer cut the linen, removed it … and we’re told War Machine’s breathing became less strained and he attempted to speak.

TMZ reported that officers found what appeared to be a suicide note in the cell.

3. Mack and Corey Thomas Say They Were Almost Beaten to Death By Koppenhaver

On Friday, August 8, at 2 a.m., Mack told authorities that Koppenhaver stormed into her home in Sin City and started beating up Corey Thomas. He then turned on her after throwing out Thomas and proceeded to beat her to near death after asking her to strip and threatening to rape her.

Some reasons as to the attack were expressed through his twitter in tweets he later deleted saying:

She’s my property and always will be.”

The attack was extremely brutal no matter the circumstances.

TMZ reported after an interview with Mack:

War Machine threw the friend out of the house and then she says he allegedly made her strip and shower in front of him. Then she says the beating began … resulting in 18 broken bones around her eyes, a broken nose, missing teeth, a fractured rib and ruptured liver.

Mack says War Machine also “sawed much of my hair off with [a] dull knife.”

She says he threatened to rape her but was unable to perform.

Mack says she ran out of the house naked, begging neighbors to help her. One did and took her to the hospital, where she remains.

I would also like to thank @DrToscanoDDS for offering his services in fixing my teeth. I appreciate your support for all victims of abuse.

4. Koppenhaver Claimed He Wanted to Surprise Mack With an Engagement Ring & Ended Up Fighting for His Life

Radar Online talked to Mack shortly after the attack.

The MMA fighter discovered her with a friend who was “fully clothed” and “unarmed in the house.”

My speech is slurred from my swelling and lack of teeth. I have a fractured rib and severely ruptured liver from a kick to my side. My leg is so badly injured I have not been able to walk on my own.”

I believed I was going to die.”

Cops say he fled the scene and hasn’t been seen since. The police posted a $10,000 reward for whoever turns him in. While on the run, he managed to send out a series of tweets on Saturday and Sunday.

beat me many times before, but never this badly.”

I can't believe this…I must be cursed.

I'm not a bad guy, I went to surprise my gf, help her set up her show and to give her an engagement ring and ended up fighting for my life.

The cops will never give me fair play, never believe me. Still deciding what to do but at the end of the day it's all just heart breaking.

I only wish that man hadn't been there and that Christy & I would behappily engaged.I don't know y I'm so cursed.One day truth will come out

5. Mack Released a Statement After the Attack

After regaining consciousness in the hospital, Mack came out with an official statement saying:

I would like to thank everyone for their support through this rough time. I am healing fast and well, and I appreciate all of the prayers and visits I have received over the past few days. After many months of fear and pressure to keep this man happy, although I fear for my life, I feel that I can no longer put myself in this situation. The cheating by him nearly every day, and almost weekly abuse is now more than I can stand. There is a $10k reward for the capture of Jonathan Koppenhaver at this time. Please report any information to your local police.” 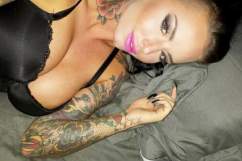 Christy Mack: The Pictures You Need to See

Read More
5 Fast Facts, Breaking News, Crime, MMA, Suicide, War Machine
MMA star War Machine, on trial for the attempted murder of his ex-girlfriend and a man she was seeing, tried to kill himself in jail, TMZ reported.