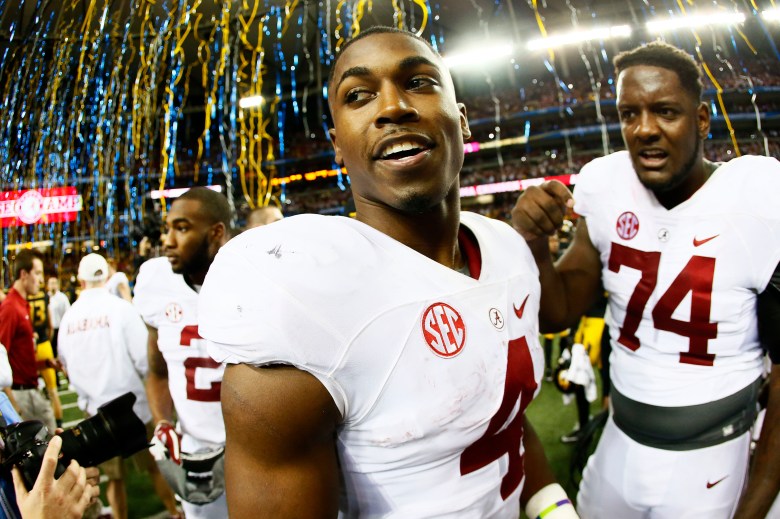 Alabama players, including running back T.J. Yeldon (4), celebrate the Crimson Tide’s 42-13 win over Missouri in the SEC Championship Game. (Getty)

It’s Selection Sunday, football style, and there’s sure to be no shortage of drama.

Each of the top six teams in the latest College Football Playoff rankings won over the weekend, and most did so convincingly.

The Oregon vs. Florida State matchup will have last year’s Heisman winner, Jameis Winston, playing against Marcus Mariota, this year’s frontrunner for the trophy.

This is the first ever meeting between Oregon and Florida State.

This game, the Rose Bowl, will kick off at 5 p.m. Eastern on New Year’s Day.

The matchup between Alabama and Ohio State will feature third-stringer-turned-backup-turned-starter Cardale Jones, who will be making his second career start for the Buckeyes. It will also be Ohio State coach Urban Meyer’s chance to even his head-to-head record against Alabama coach Nick Saban, who leads the series 2-1.

These teams will meet in the Allstate Sugar Bowl at 8:30 p.m. Eastern on New Year’s Day.

Last week, TCU was ranked third. Last night, they won 55-3. However, they dropped to sixth and were left out. As was Baylor who also won last night and finished in fifth. 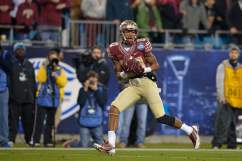