Manchester United has fired one of its top European scouts following allegations that he posted racial slurs on his Facebook page.

Torben Aakjaer published offensive anti-immigration comments and derogatory references to eastern Europeans and Moslems on the social media website, according to The Guardian.

The posts were quickly removed but the Dane was suspended by United and then axed tonight following a brief investigation.

In a statement, Manchester United confirmed: “The club received the evidence from the Guardian, launched an immediate investigation into the matter and has terminated our association with Mr Aakjaer. Manchester United is an inclusive organisation and will not tolerate this sort of behaviour.”

Here’s what you need to know about the scout who was a regular visitor to Old Trafford and worked for Hamburg before starting work for United in 2011:

1. He Took a Selfie With Nani

On his Instagram page, Aakjaer posted a selfie with United winger Nani and he also showed off a picture of a letter he received from Sir Alex Ferguson wishing him the best on his wedding day. He talks about United’s Carrington training ground as his “working place.”

2. And he Claimed to Have Lunched With Van Persie and Vidic

On his Facebook page, the scout claimed he lunched with striker Robin van Persie and former club captain Nemanja Vidic and met with United legends Ryan Giggs and Paul Scholes to discuss his role searching for young players.

3. He Wants Denmark to Close its Borders

According to the Guardian, Aakjaer filed a stream of racially offensive Facebook comments. He called on Denmark to close its borders and put “extra personnel on every crossover and exit so that eastern Europe dirt and s**** can be kept out.”

The Copenhagen-based scout also appeared to take pleasure from a newspaper story about a beggar getting water poured over his head in the Danish capital.

“You must be too integrated in the red Copenhagen mafia if you don’t think all that eastern Europe dirt and sh.. needs a kick in the behind over the border,” he ranted to a user questioning his views. “Yes, in cases like this I do generalise. This is not a hard-working Polish guy on a building site or a Czech taxi driver. This is hardcore gypsies from Romania, Bulgaria etc. And here no mercy should be shown. I don’t approve of violence but a glass of water hurts nobody,” he added.

He described a mosque as a “conspiracy-potential prayer-shop” and posted a photograph of six pigs with the caption: “It’s time to deploy our secret weapons against Islamists.”

5. The Now Former United Scout Says he May Have Been Hacked by Someone Who Doesn’t Like Manchester United 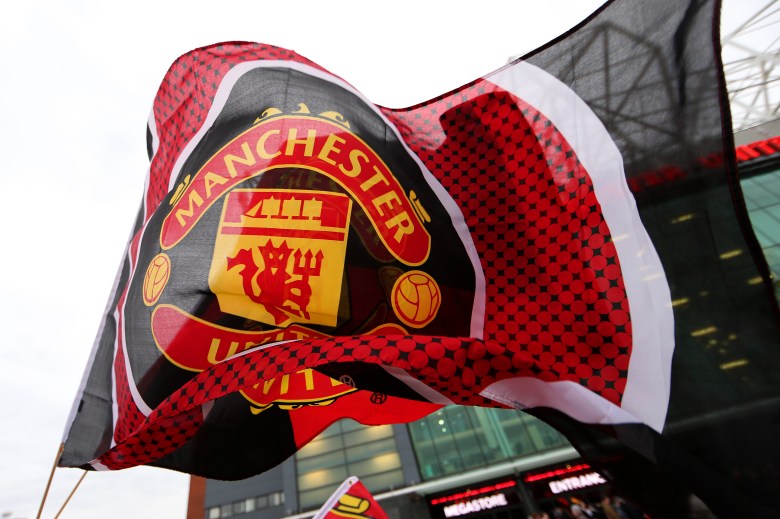 Aakjaer confirmed to The Guardian that the Facebook page was his but denied making any “racist or aggressive” terms in talking about eastern Europeans. He also reportedly insisted he might have been hacked by “someone who doesn’t like me or Manchester United.”

He suggested his comments had been taken out of context and possibly mistranslated. “I would never write ‘dirt and shit’. I’ve never written anything racist and it doesn’t sound like me. I am not racist at all and I am shocked. When I hear this it sends a different message of the person I am,” he told The Guardian. He also denied posting the photo of the pigs or mocking Moslems.