Michael Phelps announced his engagement to girlfriend Nicole Johnson on his Instagram with this photo and a “She said yes” caption. (Instagram/M_Phelps00)

Michael Phelps is the most decorated Olympian of all time as he competes in his final games in Rio. The American swimmer now has a record 23 career medals.

As Phelps continues to win medals, his fiancée, Nicole Johnson, is at the 2016 Rio games cheering him on.

Johnson was crowned Miss California in 2010, and placed ninth when she competed in the USA pageant.

Johnson entered her first pageant when she was 17 to compete for a scholarship, according to Thousand Oaks Acorn. She used the scholarship to transfer from Moorpark College to the University of Southern California.

“I love being onstage and competing in pageants,” Johnson told the publication. “It’s an empowering position to be in, where you’re comfortable in your own skin.”

2. Johnson & Phelps Have a Son 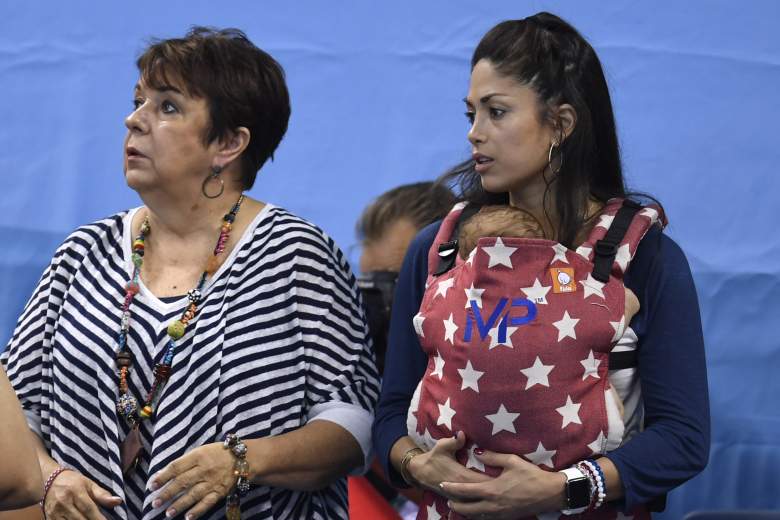 According to the New York Times, Phelps has said his son and fiancée are sources of inspiration.

3. She Graduated From USC With a Bachelor’s in Communication

I loved going in the pool today with @nicole.m.johnson (mommy) and @m_phelps00 (daddy) today! Can't wait til I get to learn to swim from daddy and @coach_bowman !

Johnson graduated with honors from the University of Southern California in 2007 with a Bachelor of Arts degree in communications. She focused on sports entertainment, according to My Fit Tribe.

4. She Worked at a Mercedes Benz Dealership

Johnson worked as a sales consultant at a Mercedes Benz dealership in the summer of 2009, according to My Fit Tribe. She got job to help with her communication skills and to pursue one of her passions, which is cars. After five months there, she was promoted to Finance Assistant, but stepped away after she was crowned Miss California.

Currently, she is a Sales Communication Manager at Yellow Pages. Johnson has been there since 2014.

According to her LinkedIn profile, she is also an “accredited jewelry professional” through the Gemological Institute of America.

5. Phelps Has a Net Worth Estimated at $55 Million 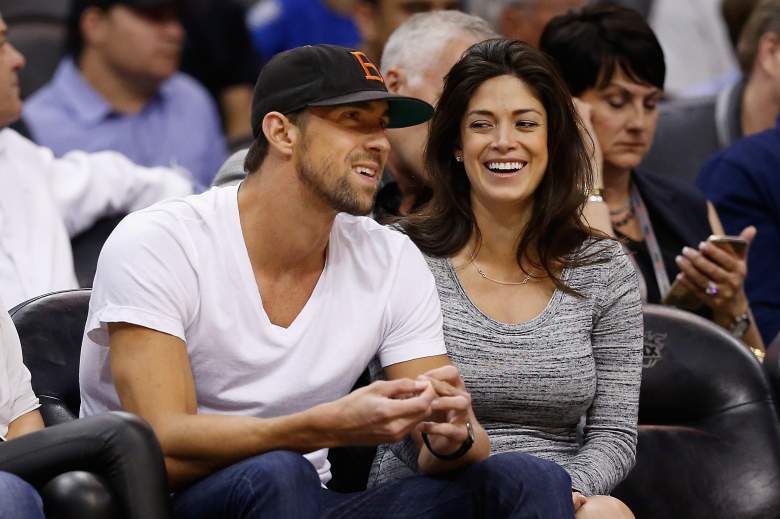 Although Olympic athletes aren’t paid for their participation in the games, strong performances in the global spotlight can often lead to lucrative sponsorship deals, and business opportunities.

Phelps’ eight gold medals at the 2008 Summer Olympics launched an array of endorsements. His net worth is estimated at $55 million, according to Celebrity Net Worth.

Phelps recently purchased a 6,800-square-foot home in the upscale suburb of Paradise Valley in Phoenix, Arizona, according to USA Today.

He lives there, with Johnson, and their 3-month-old son.

“Our backyard looks right at Camelback Mountain,” he told USA Today. “You go outside in our backyard and we have orange and tangerine and lemon and lime and peach and apple — all these different fruit trees growing in our backyard.”

Phelps previously owned a Newport Beach Mansion in California. Although details on the property are scarce, it is believed to have cost at least $8 million, according to Gazette Review.