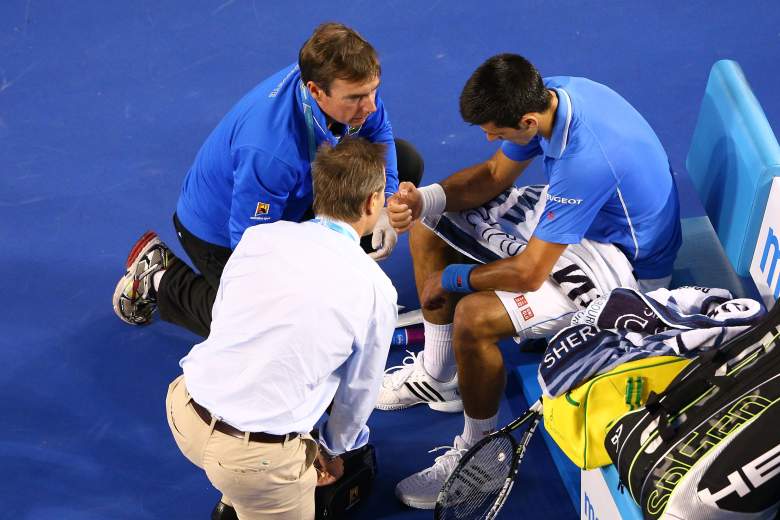 If Novak Djokovic holds off Andy Murray to win his fifth Australian Open title, the world’s No. 1 player will have to play through a thumb injury to do it.

Djokovic appeared to injure his right thumb in the first set Sunday against Murray while lunging for a ball along the sideline. The injury appeared to hamper Djokovic when he was serving for the set up 5-3 but lost the game. He received medical treatment during the changeover after losing the game.

Here’s the play on which Djokovic got hurt:

Murray held serve to tie the set at 5, but Djokovic eventually prevailed 7-5 in a tiebreak to take the set. 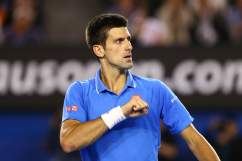