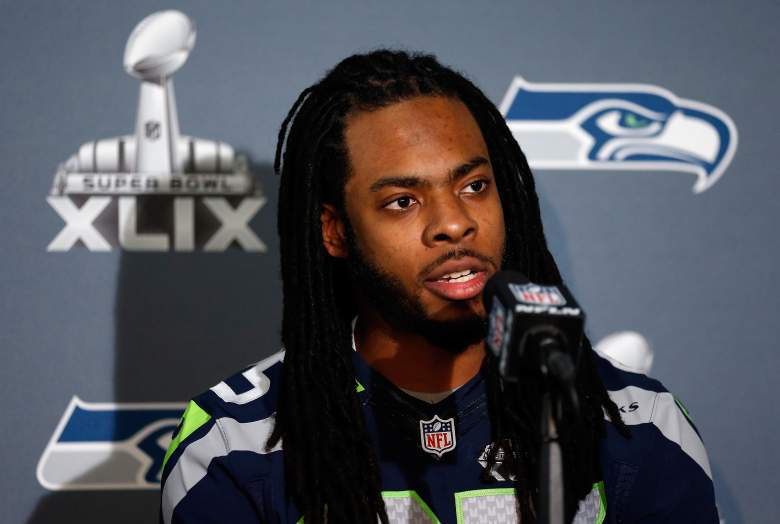 Richard Sherman and his girlfriend are expecting the birth of their first son any day now. (Getty)

Richard Sherman‘s first son is not … just yet.

Sherman and his girlfriend, Ashley Moss, are expecting their first child in a few days. Moss is due February 12.

Sherman and Moss aren’t revealing their son’s name yet, but it will have the initials “R.K.S.” like his father, Richard Kevin Sherman.

Obviously, newborn due dates are never set in stone. So anything is possible, including Moss going into labor during the Super Bowl. And if she does, what will Sherman do?

We’ll cross that bridge when we get there. We’re not thinking about the possibility.

But the two full support of the entire organization if Moss does go into labor and Sherman is forced to make a decision.

As of 5 p.m. Eastern Sunday, it appears “Baby R.K.S” is going to accommodate dad and wait until the game is over before entering this world.