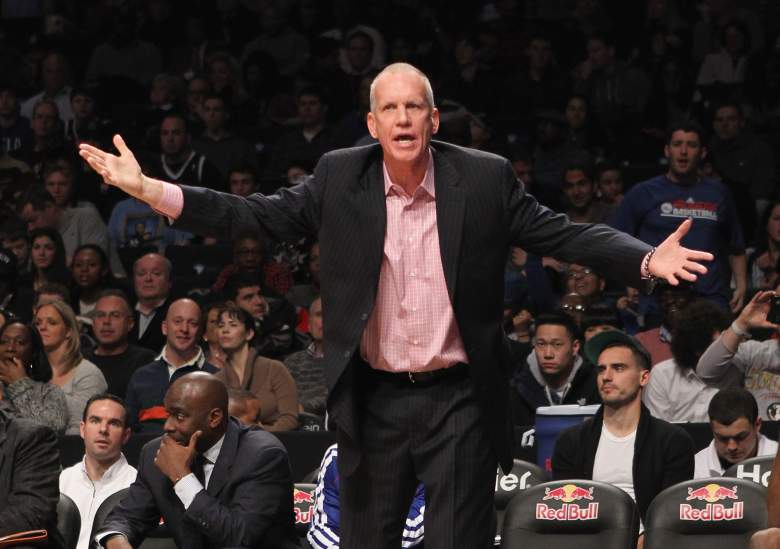 Doug Collins coached on the sideline for the Philadelphia 76ers. (Getty)

On Sunday, the Northwestern Wildcats defeated the Iowa Hawkeyes in overtime 66-61. The game was important because it snapped the Wildcats 10-game, in-conference losing streak.

The game was also important because former NBA player, coach and current ESPN NBA TV analyst Doug Collins was in attendance watching his son, Chris, the Wildcats head coach. Doug’s interesting in-game reactions led to the Big Ten Network highlighting him with a split-screen fesature during the broadcast.

Collins was noticeably more visible displaying more emotion than others around him in the crowd, which is probably a testament to how much he loves his son.

Time will tell if the NBA internet community will eventually turn these reactions into a running gag or, possibly, a meme.