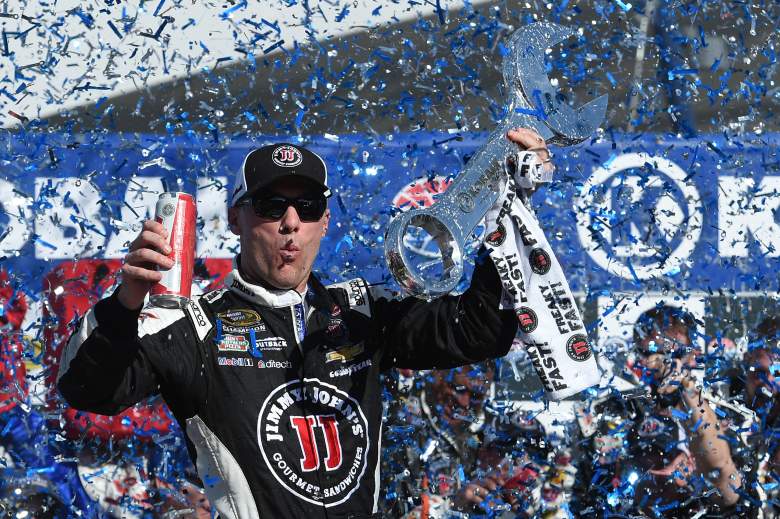 For the unprecedented 7th time (!) in his career, 2014 Sprint Cup champion Kevin Harvick won in Phoenix. The winner led 224 of 312 laps en route to his fourth straight victory in the desert after holding off Jamie McMurray on a late restart.

Harvick has finished either first or second in NASCAR’s last seven races.

Here is the order of finish: 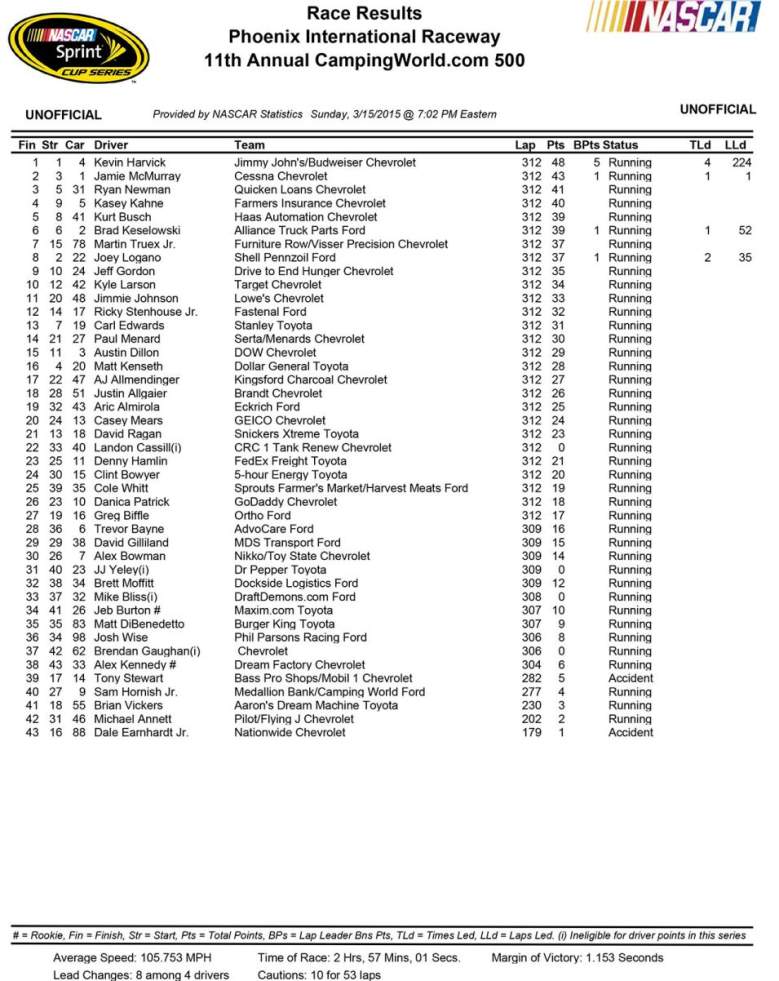 The NASCAR season remains hot — literally. Coming off a weekend in Las Vegas, the Sprint Cup series heads to Phoenix International Raceway for the first time in 2015 for the CampingWorld.com 500.

The 312-lap race has recently been dominated by 2014 Sprint Cup champion Kevin Harvick who also won last weekend’s race in Vegas. Harvick won the Phoenix race once in 2012 and 2013 and twice in 2014. He also happened to win the pole for this race and will start on the front line with Daytona 500 winner Joey Logano.

So far, along with perennial contender Dale Earnhardt Jr., Logano has been one of the defending champion’s key competitors through the season’s first three weekends. All three are one, two and three atop the Sprint Cup Standings. 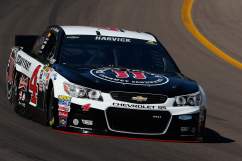