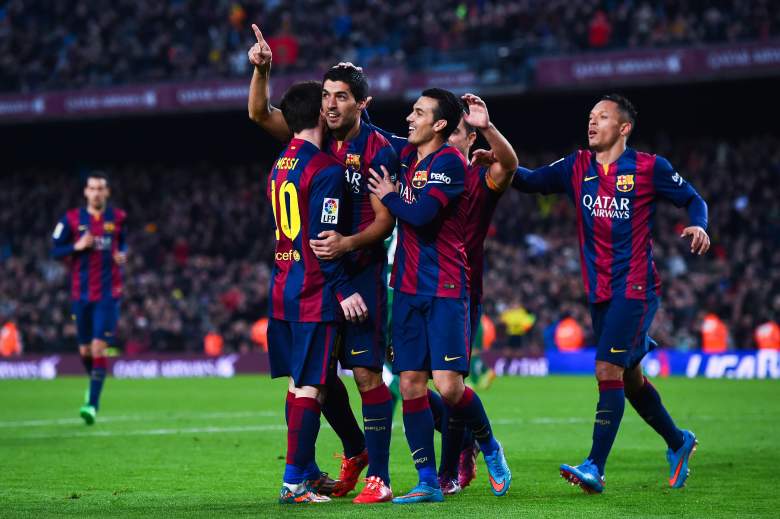 Barcelona defender Jeremy Mathieu gave the La Liga leaders a 1-0 lead in the 19th minute on a header off of a free kick by Lionel Messi. After a scary by Real Madrid at the end of the 1st half, where they scored a goal and had another disallowed by offsides, Barcelona regained their strength in the second half and came out shooting. Luis Suarez scored the game winning goal in the 56th minute and Barcelona ended up with 17 shots. Barcelona will play Celta Vigo on April 5th.

Real Madrid came out strong in the first half, with Cristiano Ronaldo hitting the crossbar with a shot in the 12th minute. Ronaldo atoned for this error in the 31st minute, as he got at the end of a Karim Benzema cross to level the game at 1-1. Gareth Bale scored in the 40th minute to give Real Madrid a 2-1 lead, but Ronaldo was deemed offside so the goal was disallowed. Real Madrid had a real opportunity to tie the game in the 78th minute, but Barcelona goalie Claudio Bravo made a brilliant save on Real Madrid striker Karim Benzema. Real Madrid pelted the net with 13 shots but only 4 were on target towards the Barcelona goalie Bravo. Real Madrid will play Granada on April 5th.

Real Madrid is now four points behind Barcelona with 10 games remaining in the La Liga season.

Here are the key highlights from the game:

Cristiano Ronaldo Hits The Cross Bar in the 12th Minute

Cristiano Ronaldo teed up to give Real Madrid an early lead, but the shot went off of the crossbar.

Jeremy Mathieu Scores a Goal in the 19th Minute

Off of a free kick by Lionel Messi, Jeremy Mathieu of Barcelona is first to the ball and slots a header behind Real Madrid goalie Iker Casillas.

After Real Madrid had solid possession in the first half, Cristiano Ronaldo received a pass from Luka Modric and scores his 31st goal of the La Liga season.

Gareth Bale Scores for Real Madrid in the 40th Minute, But The Goal is Disallowed

Gareth Bale scores for Real Madrid to give them a presumed lead going into halftime, but Cristiano Ronaldo is called offsides.

Luis Suarez received a cross down the middle and slotted the ball to the right of Real Madrid goalie Iker Casillas. This goal ended up being the difference in the 2-1 Barcelona victory. 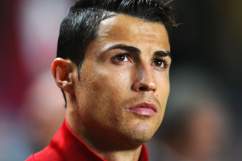 Barcelona is fresh off advancing to the Quarterfinals of the Champions League, beating Manchester City 1-0 on Wednesday, and has won three straight La Liga games. In their last La Liga game, Barcelona beat Elbar 2-0 as Lionel Messi scored both Barcelona goals. Lionel Messi has scored 32 goals in La Liga this year to lead the league in scoring over Real Madrid star Cristiano Ronaldo, who has scored 30 goals.

Real Madrid also advanced to the Quarterfinals of the Champions League, losing 4-3 to FC Schalke on March 10th but progressing 5-4 on aggregiate goals, and won their last La Liga game 2-0 over Levante. Real Madrid was winless in their previous two matches, a 1-0 loss to Athletic Bilbao and a 1-1 tie with Villarreal, and Gareth Bale’s two goals against Levante quieted the critics. Real Madrid is only one point behind Barcelona and needs a win to move ahead of Barcelona in the La Liga table, as Barcelona has a nine goal advantage on Real Madrid.

Real Madrid beat Barcelona 3-1 in the first El Clasico match of the 2014-2015 season, as Ronaldo, Pepe, and Karim Benzema were on target for Real Madrid.