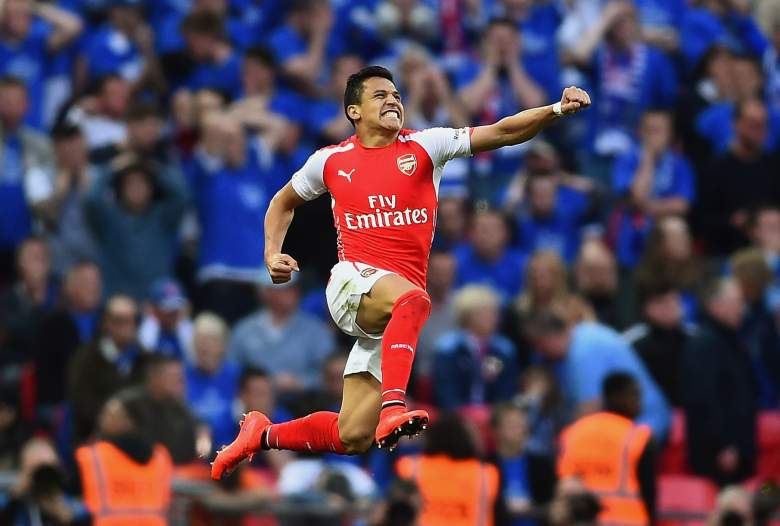 Alexis Sanchez celebrates the goal that sent Arsenal to the FA Cup final, as Arsenal beat Reading 2-1 on April 18, 2015. (Getty)

Arsenal held on to beat Reading 2-1 in extra time to earn a berth in the FA Cup finals on May 30, 2015 against Aston Villa.

Arsenal controlled the possession the entire game, but was frustrated by Reading’s tenacity. Alexis Sanchez opened the scoring in the 39th minute for Arsenal, who are on a nine game winning streak. Mesut Ozil picked out Alexis Sanchez in the box and he controlled the ball, beating his man for his 21st goal of the season.

Reading fought back through a goal by Garath McCleary in the 54th minute off of Arsenal defender Kieran Gibbs and past Arsenal goalie Wojciech Szczesny. Reading, who was playing their first English Premier League team in the tournament, had opportunities near the end of the second half through forward Pavel Pogrebnyak, but were not able to execute.

Here are the highlights from this FA Cup semi-final:

Alexis Sanchez of Arsenal Scores a Goal in The 106th Minute

Garath McCleary Scored for Reading in The 54th Minute

A deflection in front of the net by Kieran Gibbs of Arsenal gave Garath McCleary of Reading a goal to tie up this FA Cup Semifinal matchup at 1-1. This is the second goal of the season for McCleary, both in the the FA Cup, as he also scored against Bradford City in the quarterfinal replay.

Alexis Sanchez Scored for Arsenal in The 39th Minute

Mesut Ozil picked out Alexis Sanchez in the box and he controlled the ball, beat his man, scored in the 39th minute to give Arsenal a 1-0 lead over Reading. The goal is Sanchez’s 21st goal in all competitions. 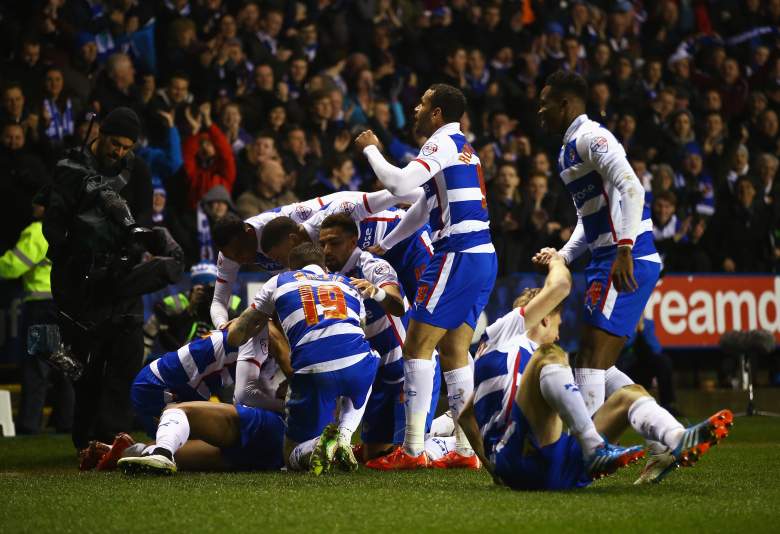 Reading players mob goalscorer Garath McCleary after he scored their second goal during a 3-0 win for Reading in the FA Cup Quarter Final Replay match against Bradford City at Madejski Stadium on March 16, 2015 in Reading, England. (Getty)

Arsenal looks to defend their FA Cup title in 2015 and opened their defense against the team they beat in 2014 to win the title, Hull City, beating them 2-0 on January 4th. A 3-2 scare from Brighton on January 25, 2015 was backed up by an easy 2-0 win over Middlesborough on February 15, 2015. They battled fellow top English Premier League side Manchester United in the FA Cup quarterfinals Manchester on March 9, 2015, coming away with a 2-1 victory.

Reading has had an easier route to Wembley than their foes, as they have yet to face an English Premier League side in the FA Cup. They opened with a 2-1 win over Cardiff City on January 24, 2015 and followed with a win by the same 2-1 score over Derby County. The FA Cup quarterfinals were tougher for Reading, as they were held to a scoreless draw by Bradford City on March 7, 2015 before seeing off Braford City 3-0 in the return leg.