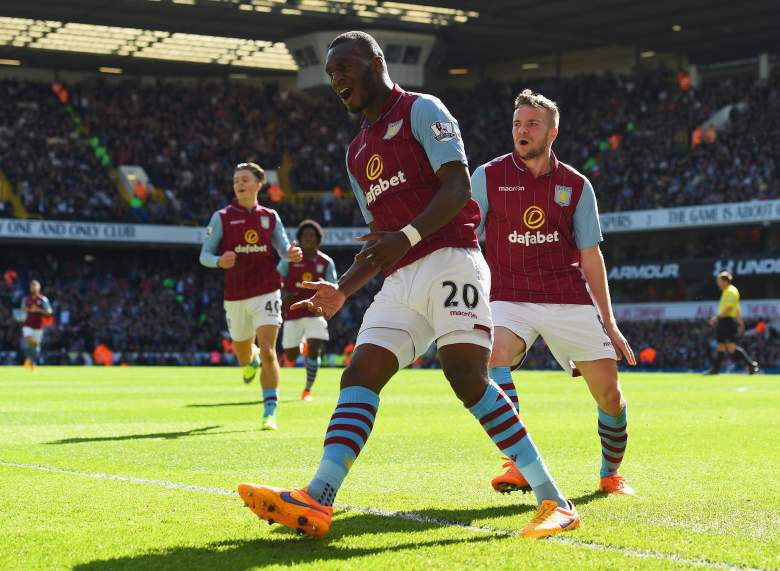 Christian Benteke continued his fine form with a goal that helped Aston Villa advance to the FA Cup final. (Getty)

Fabian Delph’s second half strike sent Aston Villa to their first FA Cup final in 15 years, as the West Midlands side pulled off a 2-1 upset over Liverpool at Wembley on Sunday.

Villa will make a return trip to Wembley May 30 to take on holdes Arsenal, who defeated Reading 2-1 in extra time on Saturday. Villa fell behind to Coutinho’s strike in the 30th minute, but Christian Benteke pulled one back almost immediately and Villa dominated most of the contest to earn an impressive victory.

Read on for stats and highlights of the match.

Coutinho Scored in 30th Minute to Give Liverpool 1-0 Lead

Despite having little of the ball in the opening half hour, Liverpool convert one of its first chances into a goal.

The red-hot forward continued his rich vein of form with an excellent finish past Liverpool goalie Simon Mignolet. Benteke has nine goals in his last seven matches.

The playmaking midfielder started and finished a Villa breakaway to make it 2-1 early in the second half.

Veteran goalie Shea Given will be between the pipes a day before his 39th birthday as Aston Villa looks to advance to its first FA Cup final since 2000. Given has played in all the cup matches for Villa this season and that will continue against the Reds.

Liverpool, which also advanced to the League Cup semifinals, is 11-2-2 in its last 15 English Premier League matches.

Christian Benteke has scored eight goals in his last six Premier League games and will look to continue his form at Wembley Stadium. 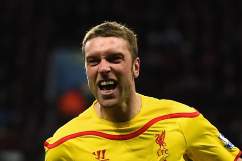