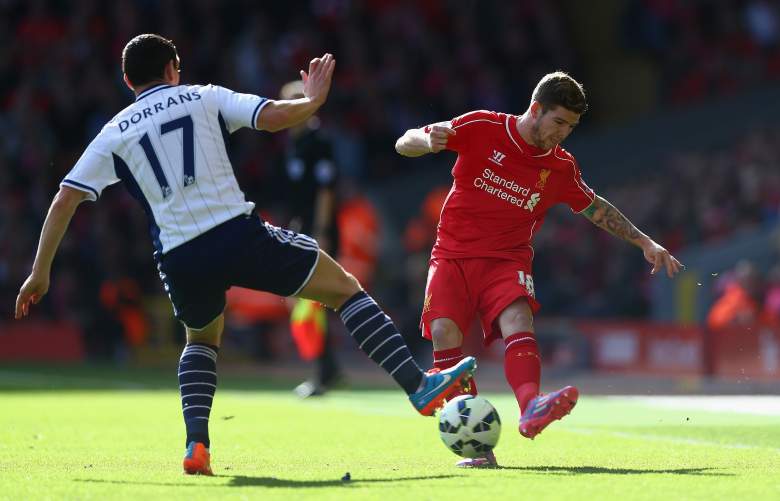 Alberto Moreno (R) has made 24 EPL appearances for Liverpool this year. (Getty)

Liverpool has all to play for in the stretch run. Unthinkable at Christmas, there is a chance the Reds could catch fourth place Manchester City and qualify for the Champions League for a second straight season.

On Saturday Liverpool meets West Brom, which has all but wrapped up a sixth straight season in the top flight and sit in 13th, eight points clear of the drop zone.

West Brom is coming off a 2-0 road win at Crystal Palace while Liverpool was dumped out of the FA Cup semifinals against Aston Villa.

Liverpool appeared disinterested in its defeat to Villa, but the prospect of chasing down fourth place will provide all the motivation to get by the hosts.