Mexican boxing star Canelo Alvarez (44-1-1, 31 KOs) has been out of action for almost a year due to an ankle injury he incurred while training for his fight with Erislandy Lara in 2014. But now, the hard-hitting Guadalajaran is back when he takes on James Kirkland (32-1, 28 KOs) on Saturday May 9 at Minute Made Park in Houston. 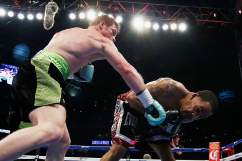 “Kirkland is a very dangerous because his punch is very powerful, very extreme,” Alvarez, 24 years old, said in a recent media conference call. “His punches come from all angles. But, mostly his power, he can beat a fighter with one punch. My goal is to fight the best in the world and the fans get what they want. Independent of the styles, I want to fight the best.”

Check out the preview for #canelokirkland here: 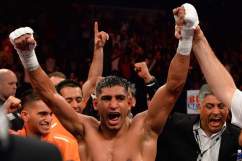