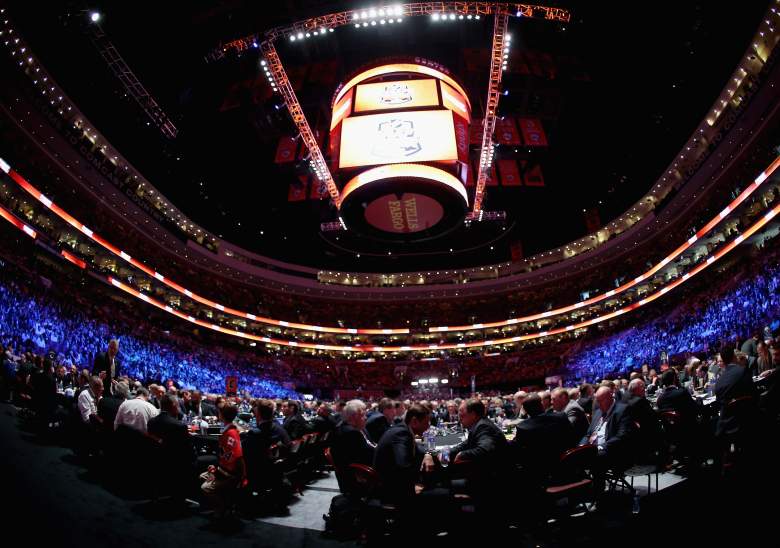 PHILADELPHIA, PA – JUNE 27: A general view during the first round of the 2014 NHL Draft at the Wells Fargo Center on June 27, 2014 in Philadelphia, Pennsylvania. (Photo by Bruce Bennett/Getty Images)

The top two picks are expected to be Connor McDavid and Jack Eichel — to the Edmonton Oilers and Buffalo Sabres, respectively. The Arizona Coyotes at No. 3 is when tonight’s Draft truly begins.

Here is the list of all of the previous NHL Draft locations: