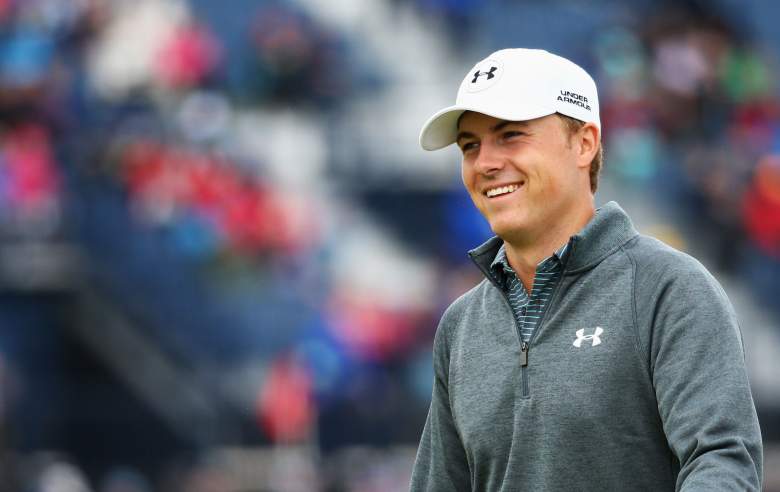 Jordan Spieth is a shot off the lead at the British Open. (Getty)

The final round of the British Open from the Old Course at St. Andrews finishes up Monday, thanks to rain and wind which delayed the second round.

There is a 3-way tie at the top with Jason Day, 2010 Open winner Louis Oosthuizen and upstart amateur Paul Dunne each at 12-under. Masters and U.S. Open champion Jordan Spieth is a shot back.

ESPN2 will air an encore presentation of the final round beginning at 7 p.m. Eastern.

But if you can’t be in front of your TV, there are other ways to watch, including online and on your mobile device.

Watch the British Open Final Round on Mobile