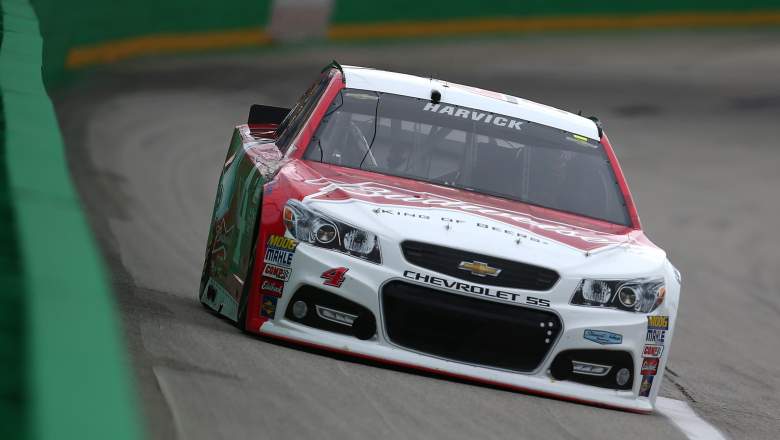 After a wild — and frightening — finish in last week’s Coke Zero 400 at Daytona, the NASCAR Sprint Cup is at Kentucky Speedway Saturday night for the Quaker State 400.

Friday’s qualifying was washed out due to the weather, so rainout rules (fastest in practice) are in effect for the lineup with Kyle Larson, Brad Keselowski, Jeff Gordon, Joey Logano and Martin Truex Jr. in the top 5. Click here to see the full starting positions.

Editor’s Note: Heavy’s partners at DraftKings are now in the fantasy auto racing business. Sign up today and enter a contest for Saturday night’s NASCAR Sprint Cup race in Kentucky for a chance to win huge cash prizes.

Mobile users can access live NBC coverage on your iOS and Android devices using the free Sports Live Extra app. You can download it in the App Store, Google Play Store, the Amazon store and the Windows store. As is the case with the desktop livestream, you’ll need a cable provider log-in to watch.