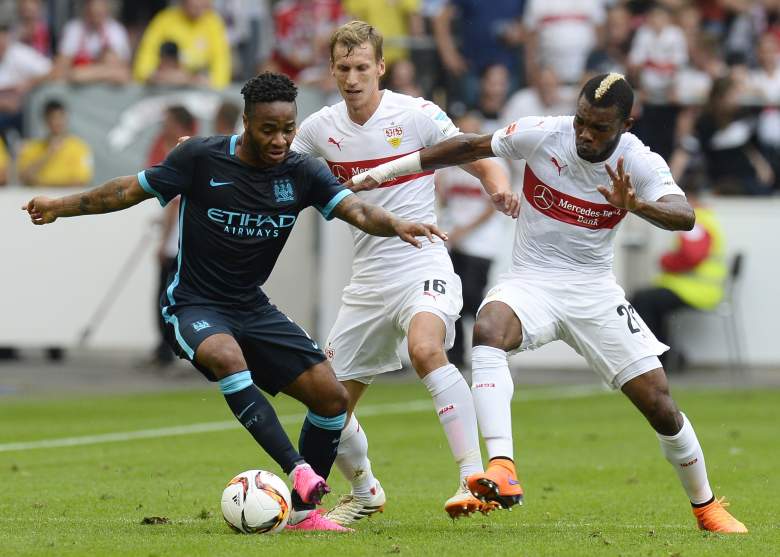 Raheem Sterling (L) made his competitive debut for Manchester City on Monday. (Getty)

Yaya Toure scored twice within the first 30 minutes and Vincent Kompany added a third in the second half to send Manchester City to a 3-0 win over West Brom in the Premier League opener for both teams on Monday night.

Manchester City dominated from start to finish, holding a wide edge in possession and shots on target. Toure scored his first in the ninth minute on a shot off a deflection, but his second was one of the goals of the weekend 15 minutes later.

The match marked the debut of Raheem Sterling, who made a big-money move from Liverpool over the summer. Sergio Aguero was held out of the starting lineup, but came on as a substitute in the second half.

Prior to the match it was announced West Brom had agreed to terms with their new club-record signing, 25-year-old Venezuelan forward Salomon Rondon. The fee is a reported $18.7 million.

Check below for stats and highlights of the match:

Yaya Toure Netted a Slow-Motion Goal in the 9th Minute

I could have got off the sofa, walked to the Hawthorns and stopped Toure's first goal from going in pic.twitter.com/hYYy92JzF9

Manchester City dominated possession for the entire opening stages, which led to this goal from Yaya Toure. His shot took a wicked deflection off David Silva and spun the back of the net. Toure, 32, scored a combined 30 goals in the last two seasons.

Manchester City Doubled Their Lead Midway Through the First Half

If there was any fortune to Toure’s first goal, his second was an absolute beauty. He picked up the ball just along the 18-yard box and curled a shot into the top corner.

Manchester City’s captain finished off the win in the 59th minute when he rose highest to a corner kick. 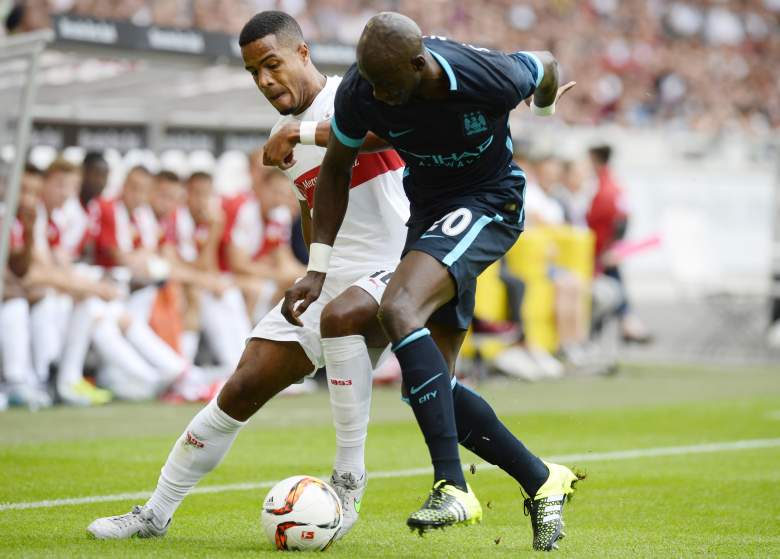 After watching several of their English Premier League rivals stumble in the opening weekend, Manchester City will look to capitalize and hand West Brom a defeat when the two teams meet on Monday night at The Hawthorns.

The preseason has not gone to the Sky Blues’ liking, which included a 4-2 loss in a friendly to Stuttgart last weekend. The lack of squad quality has been the crux of a big-money chase of Wolfsburg’s Kevin de Bruyne, one of the top wingers in the world. Raheem Sterling has already been added to the ranks, and he will make his competitive debut on Monday.

The match will also be the debut of West Brom’s James Chester, who during the summer from Hull City; the $12 million paid for the 26-year-old is the second highest transfer fee in the club’s history. West Brom is desperatly trying to hold onto Saido Berahino, but it appears he may leave for a bigger club before the transfer window closes. 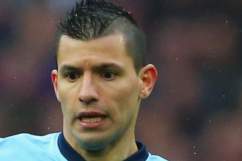 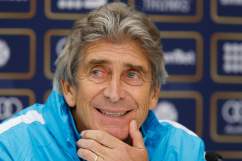 Read More
Soccer
Manchester City defeated West Brom 3-0 at The Hawtorns on Monday. Check out the highlights of the match.