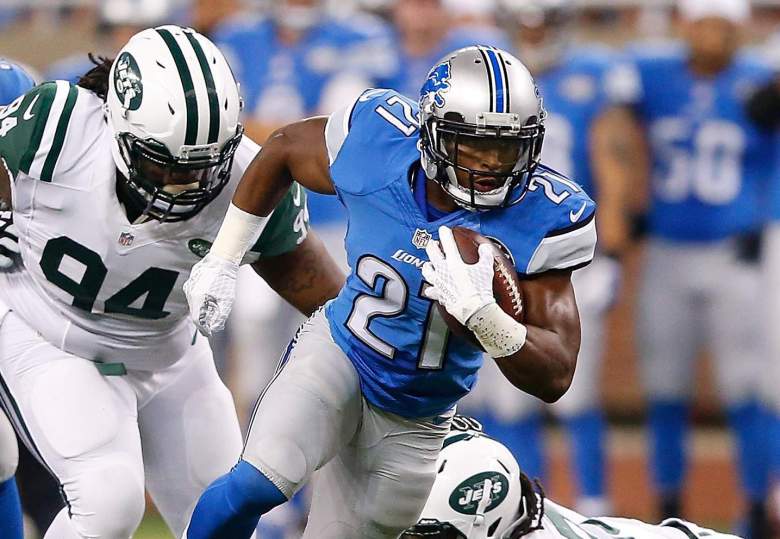 Ameer Abdullah has been a preseason revelation for the Lions in 2015. (Getty)

Second round draft picks are often asked to come in and contribute right away. While that wasn’t necessarily the original plan for the Detroit Lions and running back Ameer Abdullah, a strong preseason by the rookie and injuries to other backs has him on track to become a major piece of the offense.

It won’t long before Abdullah becomes a feature back in the NFL if he continues on the trajectory he’s on.

Here’s what you need to know about the 22-year-old: 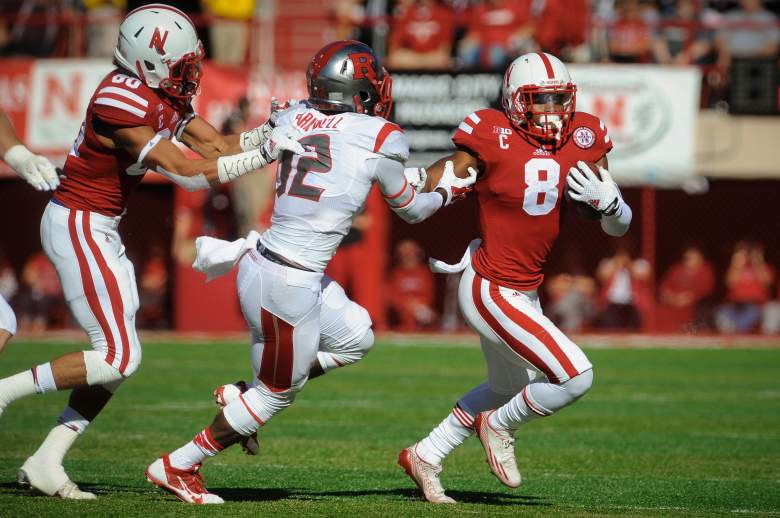 Abdullah had 19 touchdowns in his senior season at Nebraska. (Getty)

A four-year standout in college is quite rare these days. If you’re too good, you declare early and leave college for the money that the NFL promises. If you’re not good enough, you sit on the bench before getting a chance as an upperclassmen.

Abdullah was a throwback in his career at Nebraska. He appeared in the backfield as a freshman before taking over the lead role as a sophomore. When the dust settled, Abdullah would get 813 carries (a school record) and catch 73 passes during his time in Lincoln. His 4,588 rushing yards are good for second all-time in school history.

2. He Was Just a 3-Star Recruit From Alabama

Despite his excellent college career, Abdullah was not a highly-recruited player. Or at least as a running back.

Abdullah had offers from many of the top SEC schools, but they wanted him to move to defensive back. Determined to be a running back, Abdullah chose the Cornhuskers who didn’t guarantee anything, but indicated he would remain in the backfield.

Abdullah dominated the high school ranks, rushing for 1,795 yards and 24 touchdowns in his senior season at Homewood. As a junior he ran for 1,045 yards and 14 touchdowns.

The rest is history.

3. Abdullah Is the Youngest of 9 Children

Abdullah comes from a massive family with eight brothers and sisters. He is the son of devout Muslim parents and is a devout Muslim himself.

All nine children graduated from college, most of which in Alabama.

Behind a sensational preseason and an opportunity for plenty of carries and targets in the passing game, many predict Abdullah will be one of the top offensive rookies in this year’s class. The rest of the Lions depth chart at the position looks shaky.

Joique Bell is currently the lead back but he’s battled injury issues throughout the preseason. Bell has also just averaged 3.9 yards per carry the last two seasons after breaking out in 2012. Third stringer Theo Riddick has 29 career carries.

Abdullah is currently dating University of Wisconsin pentathlon competitor Georgia Ellenwood. She is from Canada and is entering her junior year in Madison.

It’s unclear how they met, but the two Big 10 stars — one current and one former — have succeeded in their respective sports. Ellenwood placed eighth in the pentathlon at the NCAA Championships during the indoor track season, good for All-American status.