It took 20 years of NFL experience, but Mike Zimmer finally got his chance to be a head coach last season with the Minnesota Vikings. With a roster full of young playmakers, the Vikings are the trendy pick to improve on last season’s 7-9 effort and compete for a playoff spot.

Zimmer is from Illinois and was a former high school quarterback.

Here’s what you need to know about Zimmer and the rest of his family: 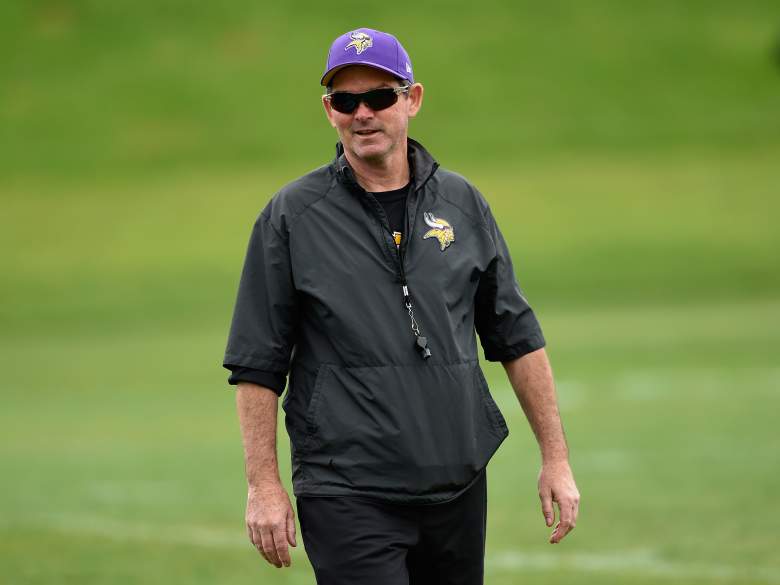 Zimmer met Vikki Black while he was an assistant coach at Weber State University in Utah. The two were jogging on the track at the same time. Black, a former Miss Weber State winner and dancer, married Zimmer in 1982 in Ogden, Utah.

Vikki passed away unexpectedly at just 50-years-old due to natural causes. The Bengals offered support to Zimmer, who was emotionally given the game ball just days after the tragedy.

The couple were married for 27 years, and were a tight knit family by all accounts.

Mike and Vikki had three children together, two of which were daughters. Marki and Corri are both in their 20s and have a close relationship with their father.

Corri is a former intern at ESPN Austin and attended Texas State University in San Marcos, about halfway between San Antonio and Austin. She’s also worked in the producers department at NFL Films in New Jersey. Marki moved back home after Zimmer lost his wife.

3. Zimmer’s son Is an Assistant on the Vikings

Coaching blood runs deep in the Zimmer family, as Adam is the third generation to make coaching a significant part of his life.

Adam, 31, was a defensive back at Trinity University in San Antonio before immediately moving on to coaching after graduating. He got a job with the New Orleans Saints as a defensive assistant. While there, he earned a Super Bowl ring in 2009 as the Saints defeated the Indianapolis Colts in Super Bowl XLIV

Adam would move on to the Kansas City Chiefs and then the Bengals as defensive backs coach under his dad. Once Mike got the head coaching job in Minnesota, Adam followed his dad to the Twin Cities. He is the linebackers coach, and gets to work with 2014 first round pick Anthony Barr and veteran Chad Greenway.

Zimmer met Tina Glass in Cincinnati when she asked him to be a waiter at a local fundraiser for cystic fibrosis research. The two soon began seeing each other socially and have been together since. Glass was the event chair of the event for several years.

Following the passing of his wife, Zimmer gave an interview with ESPN explaining how coaching helped him grieve and return to normal life. 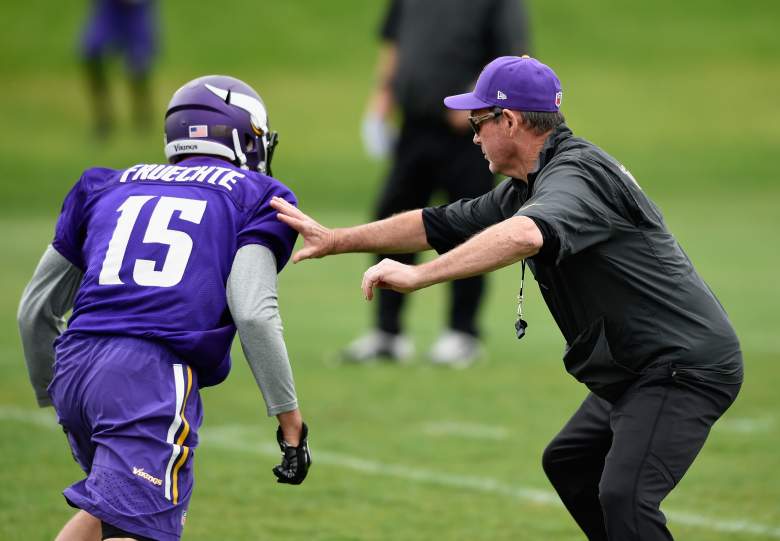 Mike is the son of Bill and Ann Zimmer, who were married for close to 60 years. Bill was a longtime high school football and wrestling coach in Illinois before he retired and the family moved to Florida.

Bill passed away in April at the age of 84. Mike is one of three children; he has a brother Bill and sister Kate.