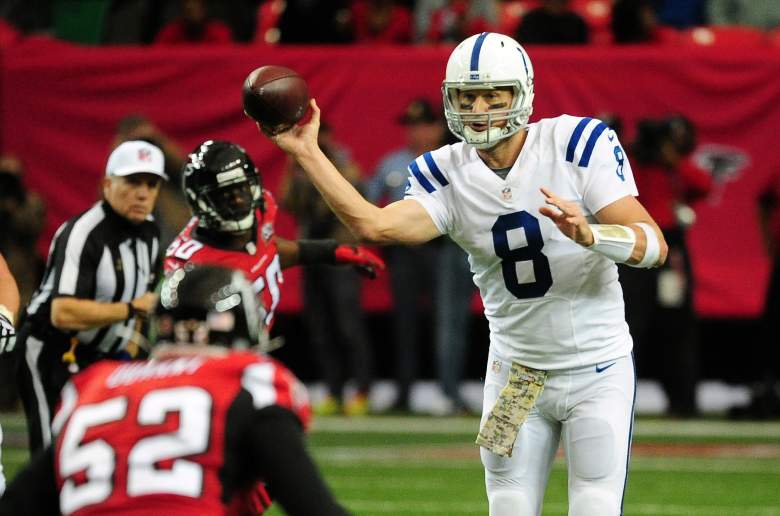 Matt Hasselbeck won his third game of the season as the Colts came back to defeat Atlanta. (Getty)

Indianapolis (5-5) scored 10 points in the fourth quarter to come from behind and beat the Falcons (6-4) in the Georgia Dome on Sunday afternoon. The Colts, behind backup quarterback Matt Hasselbeck, overcame a 14-point second-half deficit to stay in first place in the AFC South.

Hasselbeck finished 23-32 for 213 yards and two touchdowns to go along with two interceptions, while Ahmad Bradshaw had two receiving touchdowns and nine rushes for 32 yards for Indy.

Atlanta got out to a hot start, largely thanks to Matt Ryan, Julio Jones and Patrick DiMarco, who scored two touchdowns on the day, jumping out to a 21-7 lead early in the third quarter. Ryan finished 25-46 for 280 yards, 3 touchdowns and 3 interceptions, while Jones had 9 catches for 160 yards, getting back on track.

Atlanta has lost four of its last five games, while Indianapolis has won two straight to secure its first place standing in the AFC South. 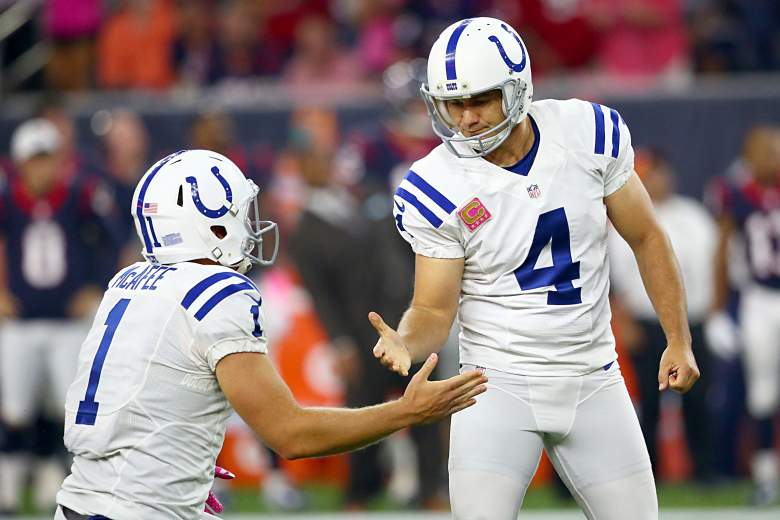 Adam Vinatieri made a 43-yard field goal to put Indianapolis on top of Atlanta late in the game.

D’Qwell Jackson intercepted Matt Ryan and ran back a 6-yard return for a touchdown. The Colts have come from behind to tie Sunday’s game, 21-21.

We have @Colts fans holding it down in the ATL – TOUCHDOWN!!!! pic.twitter.com/h0it3bTVLr

Ahmad Bradshaw caught a pass From Matt Hasselbeck for 2 yards, scoring for the second time in the game and bringing the Colts to within 21-14 in the waning seconds of the third quarter.

Leonard Hankerson caught a pass From Matt Ryan for three yards, and the Falcons lead, 21-7.

Ahmad Bradshaw Catches TD to Put Colts on the Board

Ahmad Bradshaw Pass From Matt Hasselbeck for 7 yards and a touchdown to get Indianapolis on the board. It’s now 14-7 Falcons in the closing moments of the first half.

Patrick DiMarco caught a 1-yard touchdown from Matt Ryan just moments after his 15-yard grab. The Falcons lead at home, 14-0 in the second quarter.

Patrick DiMarco cuaght a 15-yard pass From Matt Ryan, the Matt Bryant extra point was good, and the Falcons lead at the end of the first quarter, 7-0. 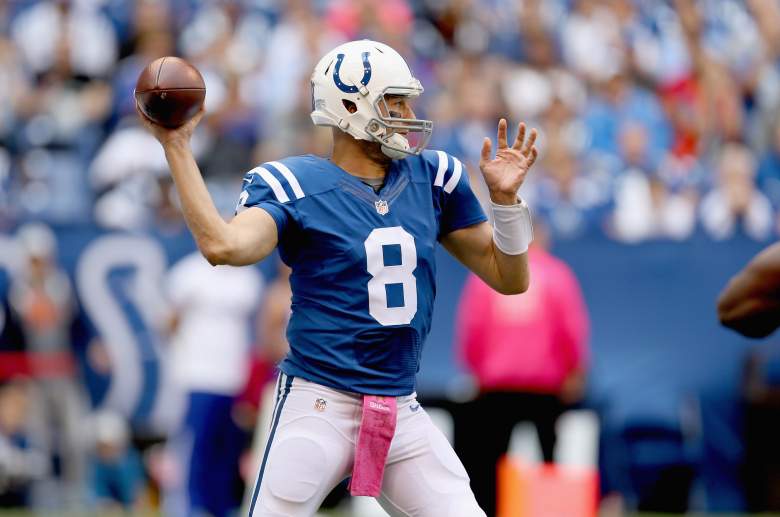 Matt Hasselbeck has completed passes to five different receivers in the first half. (Getty)

It’s been a frustrating season for the Colts so far. After reaching the AFC title game just last season, they are mired at a 4-5 record with inconsistent play.

However, Indy finds itself in first place in the AFC South, but in the veteran hands of Matt Hasselbeck. The Colts actually had one of their few bright spots earlier this season when Hasselbeck led them to back-to-back wins when Andrew Luck sat out with a shoulder injury. Now, it appears Luck will be out for extended time and Hasselbeck will have to pick up the slack.

The Falcons, too, have been struggling; after opening up 5-0 they’ve lost three out of four to come crashing back down to earth. Julio Jones and Atlanta hope they can regain some momentum at hoe in the Georgia Dome against Indy. Check back here for live scoring updates, stats and highlights. 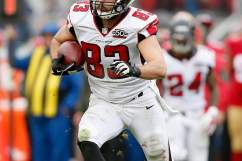