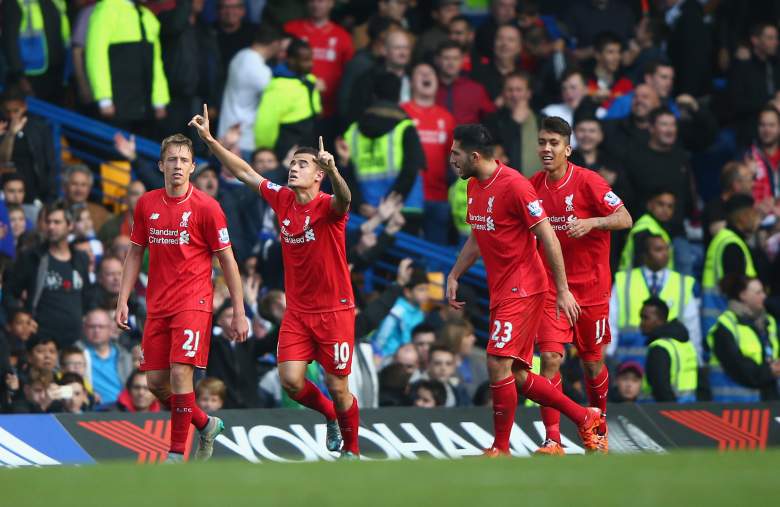 Philippe Coutinho scored twice for Liverpool on October 31, 2015 against Chelsea and looks to bring that scoring touch to the Europa League against Rubin Kazan on November 5, 2015. (Getty)

On November 5, 2015, Liverpool will travel to Kazan Arena in Kazan, Russia to face Rubin Kazan.

Liverpool sits second in the Group B table with three points, earning a draw in each of their three matches in the Europa League. The side also has only scored three goals in their three games, with two goals scored by midfielder Adam Lallana.

Rubin Kazan had to take the long route to the Europa League, with their season starting on July 30, and earned a Europa League berth by beating Rabotnicki. The Russians lost their first Europa League match before drawing their last two.

The two sides played to a 1-1 draw in England on October 22, 2015, with Liverpool unable to take advantage of playing a man up on the Russian side.

Read below for lineups: