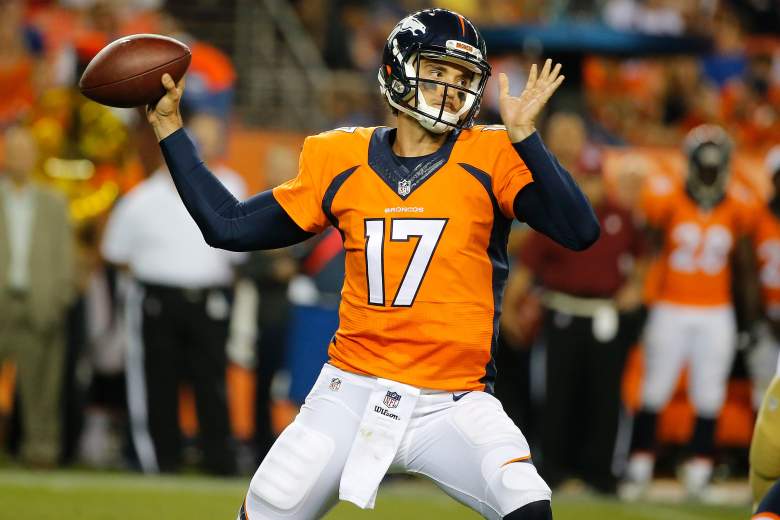 The Denver Broncos may have a new starting quarterback. Peyton Manning was benched midway through the third quarter against the Kansas City Chiefs. Manning struggled throughout the game but was pulled after he threw his fourth interception. Brock Osweiler came in at quarterback for the Broncos.

Manning broke Brett Farve’s record for career passing yards earlier in the game. There is no word yet whether the move is permanent or was just made for the remainder of the Chiefs game. We will continue to update you as news is released.

Those faithful fantasy owners that have been holding on to Peyton Manning can finally let him go. Even if Manning regains the starting job for the Broncos, fantasy owners cannot start him with confidence. Manning had looked better since the Broncos bye week two weeks ago, but he had his worse game yet against the Chiefs. He was just five-of-20 for 35 yards in the game.

Should Manning owners go out and pick up Osweiler? It remains to be seen if Osweiler has fantasy value. There are better quarterbacks on the waiver wire that you could pick up and plug into your lineup.