When you sign up for a subscription to the WWE Network, all pay-per-views including tonight’s Survivor Series are included. And your WWE network subscription includes a one-month free trial with zero commitment to continue.

You will have to enter a credit card number, but you won’t be billed anything for the first month. And you can cancel anytime. So that means — you’re getting the picture here — that you can watch tonight’s Survivor Series PPV for free and then cancel your subscription any time in the next month and pay absolutely nothing. Make sense?

That’s not saying you have to cancel. You might enjoy your WWE Network subscription because you’ll get WrestleMania and every other WWE pay-per-view event for $9.99-a-month, which, if you do the math, is far less than paying for each monthly PPV. And the network has a bunch of other programming for WWE fans.

But you can decide all that later, and you have a month to do it. For now, if you want a free and legal stream of the Survivor Series 2015 PPV, go here to subscribe to WWE network, lock down your free month, and settle in for a front-row seat for tonight’s event.

After signing up for your free month of WWE Network, you can stream tonight’s PPV on various devices, including PC and Mac desktop or laptop, connected TV, Roku, Apple TV, Playstation, Xbox, Amazon Fire TV and Kindle Fire, iPhone or iPad, or Android smartphone or tablet. Go here for our full blow-by-blow breakdown of directions on how to stream the event with any of these options: 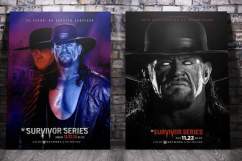